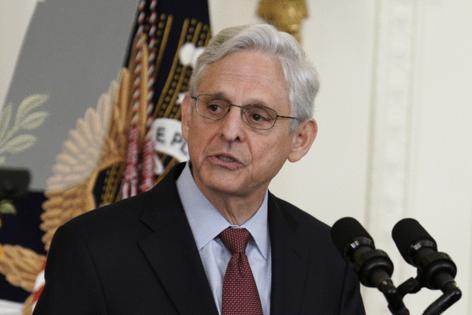 WASHINGTON — The Department of Justice is moving to unseal the search warrant and the itemized receipt of what was taken from former President Donald Trump’s Mar-a-Lago residence earlier this week, Attorney General Merrick Garland said Thursday, his first public comments since the FBI search took place.

It is extraordinarily unusual for the Justice Department to comment on an ongoing investigation, especially one involving such a high-profile person. Garland did not take questions from reporters.

For days, Republicans have decried the search as a “witch hunt” and demanded more information about why a warrant was necessary to reclaim documents that Trump did not hand over to the National Archives upon leaving office in January 2021.

Far-right agitators and commentators have threatened FBI agents, Department of Justice officials and the judge who signed the warrant, and online forums have surged with calls for violence. On Thursday, a man wearing body armor exchanged gunfire with law enforcement officers and attempted to breach the FBI field office in Cincinnati, though it is not yet clear whether it was in response to Monday’s search.

The National Archives announced in February that it had recovered 15 boxes of material from Mar-a-Lago — including documents that had been destroyed and some that were labeled classified or top secret — and was asking the Department of Justice to determine if criminal charges were warranted. Under the Presidential Records Act of 1978, such records belong to the public and must be turned over to the National Archives and Records Administration when a president leaves office. The act gives broad discretion in determining what records are personal and what are presidential records.

The New York Times reported Thursday morning that Trump received a subpoena this spring for classified documents that federal investigators believed he had failed to turn over earlier in the year. Multiple news outlets have reported that Trump’s lawyers met with Justice Department officials in June to discuss what confidential records the former president still had in his possession.

Details of what records the FBI sought and obtained through the court-approved search warrant are not clear. Trump’s lawyers have a copy of the warrant and list of the removed items, but have not made it public.