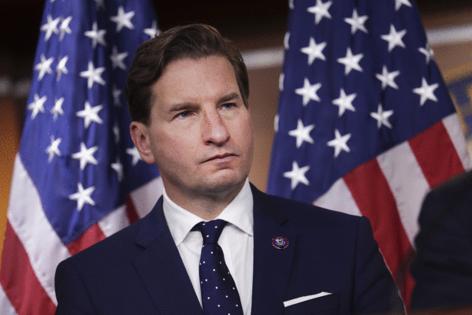 "You might be a little surprised that I'd be supporting Liz Cheney in her bid to continue representing Wyoming in the U.S. House," Phillips, a two-term Democrat, said in a video he posted to Twitter.

Cheney is facing a tough primary race on Tuesday in Wyoming against Trump-backed attorney Harriet Hageman. The three-term Republican and daughter of former Vice President Dick Cheney is one of the last members of her party serving in Congress who defied Donald Trump after his supporters stormed the U.S. Capitol on Jan. 6.

She's taken on a prominent role on the select committee in Washington investigating the attack. Phillips, who has openly blamed other Republicans for the attack on the Capitol, said no one has shown more "honor and integrity" than Cheney. He asked state Democrats to "temporarily" switch parties to cast their ballots for her in the primary.

"It's far more important than any policy differences we might have," Phillips said, adding that a vote for Cheney will be "sending a very clear message to Donald Trump, and protecting our democracy."