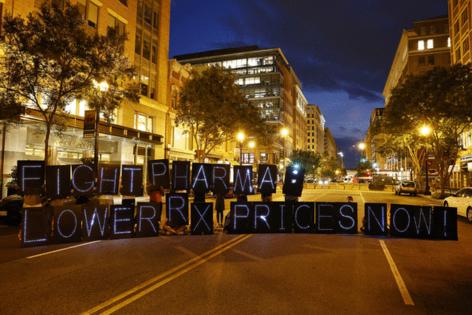 Congress is on the verge of passing historic drug pricing legislation that would allow the government to restrict prices for drugs covered by Medicare, but experts disagree on whether drugmakers will shift those costs to the private market.

The reconciliation package the Senate passed Sunday includes drug pricing provisions that Democrats have been pushing for decades, including a framework for Medicare to negotiate prices directly with manufacturers, limit price increases to inflation and cap out-of-pocket drug costs for consumers.

The bill received no Republican votes in the Senate and isn’t expected to when the House votes on it on Friday.

The bill wouldn’t directly impact the 211 million people with private insurance, but some experts say its provisions about pricing for drugs under Medicare could cause drugmakers to try to recoup some lost revenue in the private market.

Health insurers and employers are among those worried that lower prices in Medicare will lead drug companies to turn to the private market to offset losses, a theory known as cost-shifting. The concern is particularly high for insulin and other drugs that would trigger a penalty if prices rise faster than inflation.

“We are grappling with the fact that the employers are left behind in this package and think the cost shift is going to occur,” said Alan Gilbert, vice president of policy for Purchaser Business Group on Health, a coalition of large employers that buy health insurance for their workers.

“It is inevitable that when you squeeze one end of the balloon, you see the bubble on the other side,” Gilbert said.

But some experts question the cost-shifting theory, which they argue means drug companies are currently leaving money on the table.

“For this to be possible, it would have to be the case that drug companies possess the ability to increase profits in the commercial market today but choose not to do so,” said Loren Adler, associate director of USC-Brookings Schaeffer Initiative for Health Policy.