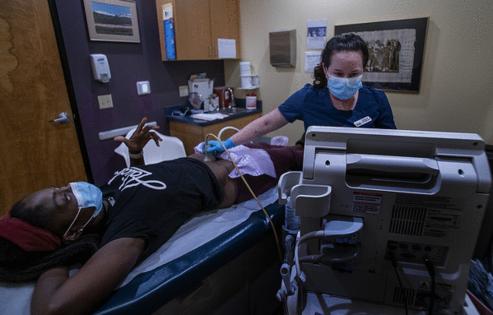 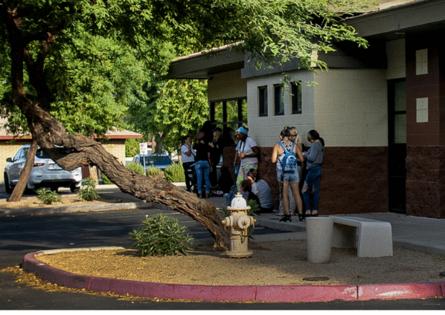 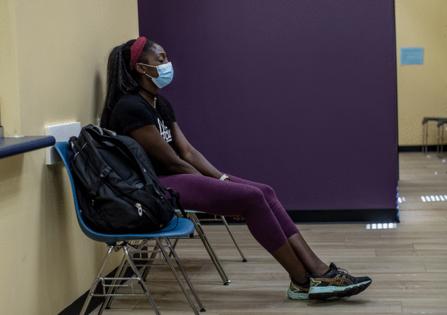 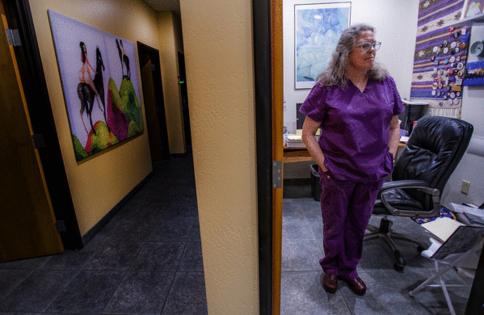 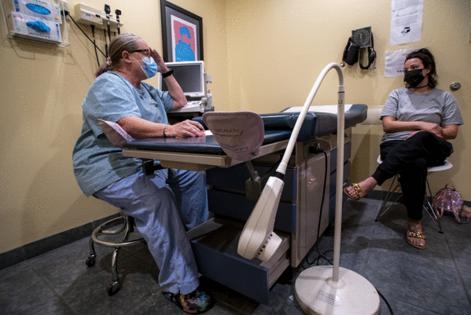 By 7:30 a.m., it was 95 degrees. Monsoon season summoned an oppressive humidity. Mosquitoes hovered, eager to feed.

People kept showing up and waiting outside — sometimes for hours — to seek an appointment at the only abortion clinic in Arizona still offering surgical procedures up to 23 weeks and six days of pregnancy.

The clinic — run by a crew of defiant women who don't suffer fools and have a penchant for breaking into spontaneous dance — has become a haven in the post-Roe United States. It's a last resort for desperate and pregnant people who desire abortions but won't or can't travel out of state, because they don't have time, child care or money.

Many abortion clinics nationwide stopped providing services after the U.S. Supreme Court on June 24 issued the Dobbs decision, which, by overturning Roe v. Wade, eliminated 50 years of federal protections for abortion care. In Arizona, the move has wrought confusion because the state's laws are vague on whether abortions are outlawed.

Most of the state's abortion providers, including Planned Parenthood of Arizona, erred on the side of caution, halting all abortion care. Some providers are duking it out in court. Many are paralyzed, fearful of legal repercussions. Most wait for further clarity.

But the all-woman crew at Camelback Family Planning, northeast of downtown Phoenix, refuses to be intimidated. They show up to the clinic, crank up the music and carry on.

They say their mission is simple.

Those without appointments start lining up as early as 6 a.m. Usually, the slots for the day are filled by 8 a.m., when the office opens. Signs posted on the front door read: "No masks. No service."

Congress is on the verge, finally, of passing legislation that would protect the electoral process from a rogue president seeking to cling to power by overturning the will of the American people.

ATLANTA — U.S. Senate hopeful Herschel Walker’s campaign was in turmoil Monday after his adult son accused his father of threatening to kill his family members, an accusation that came after a news outlet reported the ...Read More

ATLANTA — U.S. Senate hopeful Herschel Walker, a Republican who has endorsed a “total ban” on abortion, condemned a report Monday that he paid his then-girlfriend in 2009 to have an abortion.

WASHINGTON — The U.S. Supreme Court declined to hear two challenges to the federal regulatory ban on bump stocks Monday, leaving in place a prohibition on the devices that were used in the Las Vegas Strip mass shooting. ...Read More