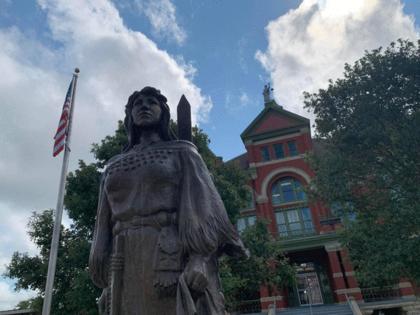 SCRANTON, Kan. — Meetings of the local Democratic Party in deeply Republican Osage County, a largely rural area where former President Donald Trump won 71% of the vote in 2020, typically draw about a dozen people.

But when Democrats gathered in late June, less than a week after the U.S. Supreme Court overturned Roe v. Wade, more than 60 people showed up. On the agenda was the proposed amendment removing the right to an abortion from the Kansas Constitution.

Ann Mah, a Democratic member of the Kansas State Board of Education whose district includes Osage County, spoke to the crowd, describing the ballot question as a fight over government power.

“The amendment was really not about whether or not you approved of abortion, but who was in control of making the decisions for women’s health,” Mah said, recounting what she told the meeting.

“If you wanted to turn your daughter’s health care over to the state legislature, then you voted yes. And if you trusted women to make their own decisions you’d vote no.”

Statewide, the amendment went down in a landslide defeat, losing 59% to 41%. Voters in big, urban counties such as Johnson, Sedgwick and Wyandotte overwhelmingly rejected the measure.

But a number of small, rural counties also voted it down, surprising both supporters and opponents.

Additionally, in a large number of other rural counties, the amendment won but by unexpectedly narrow margins. The amendment won by just 10 votes in Seward County, a southwestern Kansas county of under 22,000 along the Oklahoma border, according to unofficial results from the Kansas Secretary of State’s Office.