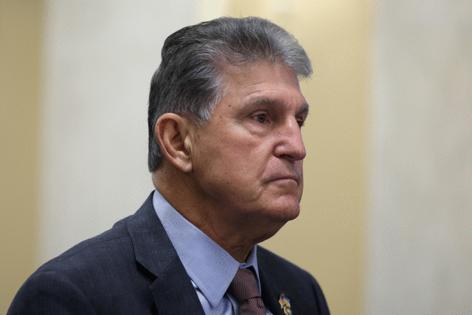 WASHINGTON — Senate Democrats on Saturday advanced their long-delayed health care, tax and climate bill following months of back-and-forth on whether the party would be able to pass major legislation addressing some of their progressive priorities before the midterm election.

The Senate voted along party lines, 50 to 50, to start debate on the measure, with Vice President Kamala Harris breaking the tie.

Democrats are passing the bill using a special parliamentary procedure called reconciliation, which doesn’t allow for a Republican filibuster.

Democrats, eager to promote the bill’s benefits on the campaign trail this fall, lauded it as historic.

“This is one of the most comprehensive and impactful bills Congress has seen in decades,” said Senate Majority Leader Charles E. Schumer, D-N.Y. “It will reduce inflation. It will lower prescription drug costs. It will fight climate change. It will close tax loopholes and it will reduce the deficit. It will help every citizen in this country and make America a much better place.”

The bill would allow the federal government to begin to negotiate drug prices for Medicare — albeit slowly— and would create incentives and grants to combat the climate crisis, two major political priorities that Democrats are hoping to run on this fall.

The nonpartisan Congressional Budget Office, which issues cost estimates on legislation, said Saturday it was still working on one because of last-minute changes. An analysis of an earlier version of the bill found it would decrease the deficit by $102 billion over a decade.

For congressional Democrats and President Joe Biden, it would mark a welcome legislative bright spot.

Democrats have been scrambling in recent days to tie up the negotiations — work that continued into Saturday.

Because Democrats are enacting the bill through reconciliation, it has to be reviewed by a nonpartisan Senate official to confirm all elements of the legislation comply with Senate rules. That process has been under way for days and was largely done by midday Saturday.