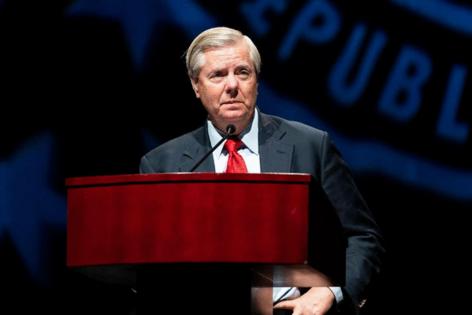 The 2020 election-related phone calls that Sen. Lindsey Graham made to the Georgia secretary of state were “far outside of the norm,” said a prosecutor who wants Graham to testify in front of a grand jury.

A Fulton County grand jury is investigating possible criminal interference in Georgia’s 2020 election and wants to hear from Graham about two phone calls he made to Raffensperger. Graham is not considered a target of the investigation and considered only a witness, his lawyers said.

Graham has asked a judge to dismiss the subpoena, saying he was only carrying out his duties as a senator and as then chairman of the Senate Judiciary Committee when deciding whether to vote to certify the 2020 presidential election results. His lawyers have said the phone calls are protected underneath the speech and debate clause of the U.S. Constitution.

After the 2020 election, Graham called Raffensperger twice and asked if there was a way for Georgia’s 2020 election results, specifically mail-in ballots tallies, to show a more favorable outcome for then-President Donald Trump, according to court documents. President Joe Biden won the state of Georgia in 2020 by fewer than 12,000 votes.

Graham’s “contact with (the) Georgia secretary of state was far outside the norm, and the unusual activity that mirrored the Trump campaign’s own efforts to potentially disrupt the Georgia election certification process is well within the scope of the grand jury’s investigation,” Willis wrote.

Willis also argues that Graham has been unable to point to any specific legislation the Senate considered for the calls to be protected under the constitution’s speech and debate clause.

Graham attorneys, including Bart Daniel and Matt Austin of Nelson Mullins, said the senator was determining whether to vote to certify the 2020 presidential election, which Graham ultimately did.

Trump’s own attorney general has said there was no evidence of widespread voter fraud.

Kansas election officials plan to conduct a statewide recount of the vote rejecting an amendment to remove abortion rights from the state constitution after a citizen posted a $200,000 bond for the recount, the state ...Read More