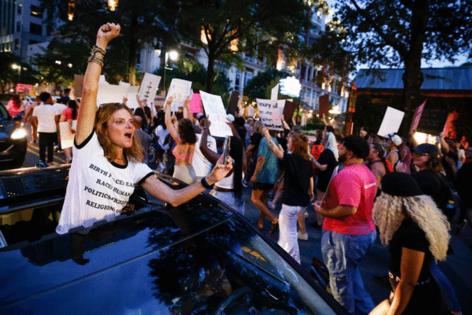 GOP lawmakers have already indicated they are likely to pass tougher abortion legislation next year if they win a veto-proof majority in November’s election.

Instead, we offer them a challenge: let the voters decide.

That’s what happened in Kansas, where abortion rights were ballot-tested for the first time since the Supreme Court’s decision — and the results were surprising. Voters in Tuesday’s primary overwhelmingly rejected a constitutional amendment that would have allowed lawmakers to further restrict or ban abortion in the state.

Kansas is a ruby red state. Donald Trump carried 56% of the vote there in 2020, and Kansans haven’t elected a Democrat to the U.S. Senate in 90 years. But Tuesday’s outcome contradicted that — the amendment failed by a decisive 59% to 41% margin. With this defeat, the right to abortion will remain protected under the Kansas constitution, as established by a 2019 court decision.

Kansas may have been the first, but several other states, including California, Vermont and Kentucky, are poised to vote on abortion amendments of their own in November.

Why shouldn’t North Carolina do the same?

It’s not as if our state’s Republican lawmakers are categorically opposed to putting social issues up for a vote. A decade ago, the legislature put forth a constitutional amendment banning same-sex marriage. Voters approved it, and though it was later overturned in court, it technically remains part of our constitution.

Unlike in some other states, where voters are petitioning to put abortion on the ballot, North Carolinians cannot initiate the constitutional amendment process themselves — it must begin with the legislature. With a three-fifths vote, the General Assembly can pass a bill putting an amendment on a statewide election ballot.

But perhaps lawmakers are reluctant to do so when they may very well dislike the outcome. North Carolina, historically, is not as conservative as Kansas, where registered Republicans vastly outnumber Democrats and unaffiliated voters.