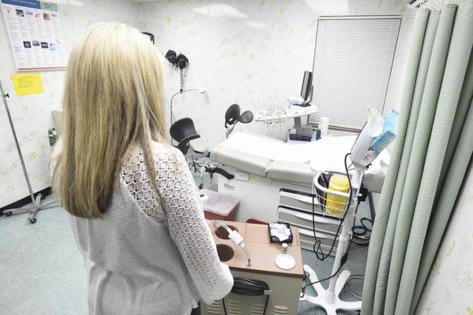 Judge Jacob Cunningham put a temporary restraining order in place Monday at the request of Gov. Gretchen Whitmer, who filed a suit in Cunningham's court in April to stop 13 county prosecutors from enforcing the state's abortion law on abortion providers within their counties.

Cunningham said Monday his temporary restraining order was "necessary to prevent the immediate and irreparable injury that will occur if defendants are allowed to prosecute abortion providers under (the 1931 law) without a full resolution of the merits of the pending cases challenging the statute."

Attorney David Kallman, representing the Kent and Jackson county prosecutors, argued that Whitmer's request had deficiencies, including a failure to show actual harm to anyone and the arguments were largely policy matters that should be decided by state lawmakers. But Cunningham ruled to continue the order pending an Aug. 17 hearing to determine if it should become a preliminary injunction and possible trial of the issues.

"After reading briefs and hearing motions, I am granting the continuance of the TRO," said Cunningham, who noted the abortion issue could find its way on the November ballot for resolution.

At least seven Democratic prosecutors named in the lawsuit have said they will not enforce the law and supported Whitmer's efforts.

But other county prosecutors named as defendants in the lawsuit have said they will enforce the law if or when a case is brought to them that matches the benchmark for a violation of the state's abortion ban, which allows the state to prosecute medical providers assisting in an abortion. The law provides an exemption for abortions performed in an attempt to save the life of the mother.

Cunningham's current order was issued Monday as state officials scrambled to block a Michigan Court of Appeals order in a separate case that ruled county prosecutors were not bound by a May preliminary injunction issued by Court of Claims Judge Elizabeth Gleicher. The Court of Claims only has authority over state actors such as the attorney general, not country prosecutors, the appellate panel unanimously ruled Monday.

With their June 24 opinion, justices sent the issue of abortion back to the states to decide.