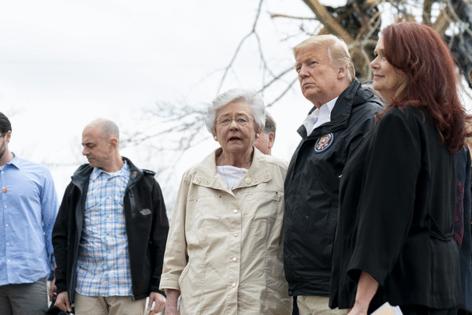 Alabama has asked a federal appeals court to lift an injunction blocking the enforcement of a law that criminalizes gender-affirming care for transgender youth — and it’s doing so by invoking the recent Supreme Court opinion that overturned the constitutional right to abortion.

Earlier this year, the state’s Republican governor, Kay Ivey, signed into law a controversial bill that punishes parents or legal guardians for making decisions about their trans children’s health care, and also threatens criminal prosecution and jail time to health care providers for offering — or even suggesting — medically necessary care to trans youth under the age of 19.

In May, a federal judge issued a preliminary injunction blocking parts of the law — which has been opposed by major health organizations in the U.S., including the American Academy of Child and Adolescent Psychiatry, the American Academy of Pediatrics, and the American Medical Association — siding with parents who argued that the law violated their rights to direct their children’s medical care.

On Monday, just days after the nation’s highest court ended the 49-year reign of Roe v. Wade, Alabama’s attorney general filed a brief asking an appeals court to lift the May 13 injunction, by invoking the same legal reasoning used in the overturning of the 1973 decision that guaranteed a constitutional right to an abortion.

In Friday’s ruling, the conservative majority of the Supreme Court said that terminating a pregnancy was not a fundamental constitutional right because it’s not mentioned in the Constitution and it isn’t “deeply rooted in this nation’s history and tradition.”

Similarly, the state’s Republican attorney general, Steve Marshall, argued that gender-affirming treatments aren’t “deeply rooted in our history or traditions,” and thus the state has the authority to ban them, according to The Associated Press.

The case marks the first known case of conservatives using the abortion ruling to attack the rights of certain minorities as many LGBTQ rights advocates had predicted.

Shannon Minter, legal director of the National Center for Lesbian Rights, said that Alabama is the first state, that he’s aware of, that has cited the abortion decision on another issue.

“It is no surprise that Alabama and other extremely conservative states are going to take up that invitation as forcefully as they can,” he told the AP.

Justice Clarence Thomas’ concurrence — in which he suggested that a reversal on rights involving same-sex marriages, gay sex, and birth control is not off the table — was “a declaration of war on groups already under attack, and we expect the hostility to be escalated,” Minter added.