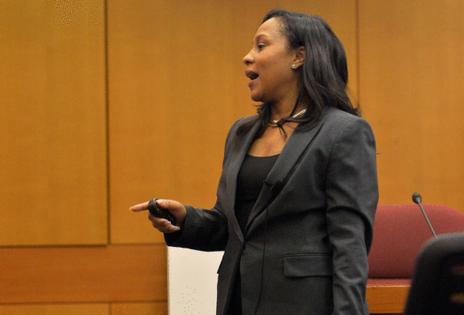 But the judge suggested that prosecutors will be significantly limited in what they can ask.

Fulton Superior Court Judge Robert McBurney did not come to a final decision about what exactly the District Attorney’s office can ask Lt. Gov. Geoff Duncan, former state Sen. William Ligon of Brunswick and several other unnamed state legislators. But at a 90-minute hearing Friday, McBurney said anything related to their conversations with other legislators or motivations are off-limits.

“I’m not quashing any of these subpoenas, but I want to create a framework,” said McBurney, who is expected to finalize guidelines for questioning in the days ahead.

The hearing was called after two lawyers retained by the state legislature filed a motion challenging the scope of the District Attorney’s subpoenas for Duncan and Ligon.

Even though Friday’s hearing was relatively procedural it provided one of the clearest windows into DA Fani Willis’s interests as part of the investigation, which was launched in February 2021.

All of the special grand jury proceedings are secret, and Willis has made few public remarks since selecting the jury on May 2. She was present in the courtroom Friday and advised her two lead prosecutors, Donald Wakeford and Nathan Wade, but let them argue for her office. Still, she shook her head in disapproval when a rival attorney made a counterpoint.

The 23-member jury is tasked with writing a report suggesting to Willis whether to file charges.

The legislators’ attorneys, Don Samuel and Amanda Clark Palmer, argued the state Constitution grants members of the General Assembly immunity from being questioned about their legislative activities.

Although only Duncan and Ligon are named in this filing, Samuel said many other legislators who have been subpoenaed are eager to learn what they will be asked once McBurney sets the parameters.