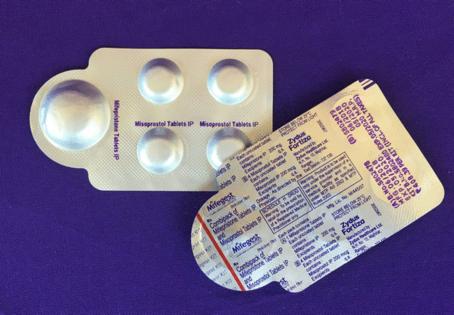 Mississippi is on track to block access to abortion pills by Thursday without the intervention of a federal court, according to attorneys trying to keep alive a generic mifepristone manufacturer’s legal battle against a state health official.

“Absent judicial intervention, as of July 7, 2022, nearly all abortions in Mississippi will be banned, including medicated abortions,” Latham & Watkins LLP attorneys wrote in a letter on behalf of their client GenBioPro Inc. filed Thursday with the U.S. District Court for the Southern District of Mississippi.

The letter comes in response to Judge Henry Wingate’s request for the parties to weigh in on how the Supreme Court’s decision to strip federal abortion protections would affect the case.

In Latham’s view, the Mississippi trigger law set off by the Supreme Court’s decision that would further limit abortions in July “stands only to strengthen” GenBioPro’s case.

The producer of a generic abortion pill, GenBioPro is arguing in court that Food and Drug Administration regulations on the drug preempt Mississippi’s strict requirements, such as having a licensed physician prescribe the drug in person.

“Mississippi’s current restrictions on mifepristone already upset the balance the FDA struck between risk mitigation and ensuring access to a safe and effective medication. A ban would further distort that balance,” the attorneys said.

Mississippi Attorney General Lynn Fitch also answered the court’s call Thursday, writing in a letter to the court that the state’s restrictions would be backed by the Supreme Court outcome.

It’s “reasonably probable” that Mississippi’s law “would be upheld by the Court as constitutional were it challenged,” Fitch said. Fitch also asked that the case be dismissed.