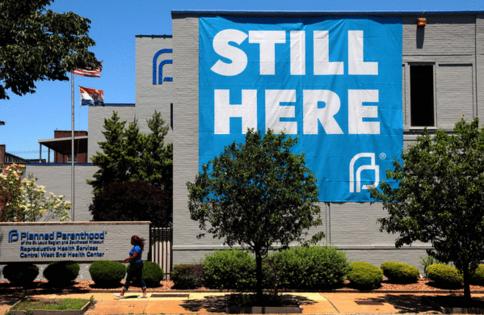 “Let the voters decide whether they want to make it clear that there is no right to abortion in the Missouri Constitution,” said state Sen. Bob Onder, a Republican.

Abortion opponents in Missouri were obviously worried about the Kansas Supreme Court’s ruling that the right to an abortion is “fundamental” in the state. The judges said abortion could be regulated, but only after meeting a “strict scrutiny” standard to protect patients.

More recently, over the past few days, judges in other states have derailed some so-called “trigger laws” that mirror Missouri’s anti-abortion statute. State courts are moving closer to intervention on this issue, and they are not bound by the Supreme Court’s views.

In this environment, we would expect an even louder clamor from anti-liberty forces to put abortion bans on the ballot, and potentially in the Missouri Constitution. Yet those voices have grown quiet over the past few days.

Perhaps we can guess why. Perhaps Missouri’s conservative leadership realizes that if their absolute ban on abortion in all cases is ever tested at the ballot box, it would lose.

A statewide referendum on abortion — or any individual right — is, in most cases, ill-advised. Individual rights are inalienable: They can’t be taken away by the government, either in the legislature or at the polls (or at the courts, for that matter).

In this case, though, a statewide vote on abortion would be valuable and important. In fact, we think state lawmakers (or voters, through the petition process) should offer two abortion amendments: one allowing the prohibition of all abortions in Missouri, the other claiming abortion access is a fundamental right.

Under state law, the amendment with the most yes votes would win. We’re pretty sure which would prevail.

Missouri’s voters routinely reject the hyperconservatism in Jefferson City. Medicaid was expanded, medical marijuana legalized, labor rights were endorsed and the minimum wage was raised — all at the ballot box.

And we know why. Missouri voters are sensible, moderate and focused. They know life choices can be complicated. They know the government should provide assistance when needed, but should also step aside before it intrudes on deeply personal decisions.

That’s why Missouri’s conservatives are terrified of a constitutional referendum on abortion. They know voters want flexibility and fairness from their government. Conservatives aren’t interested in any of that.

Oh, and they don’t think voters should decide the laws anyway.

Last session, the General Assembly considered but did not pass a resolution calling for an anti-abortion amendment to the state constitution. A statewide debate on this issue is now critical, after illogic at the U.S. Supreme Court prevailed.

In August, Kansas voters will get to decide this question. Missourians deserve the same chance. Put abortion rights on the ballot, legislators. Let’s see what Missourians think.