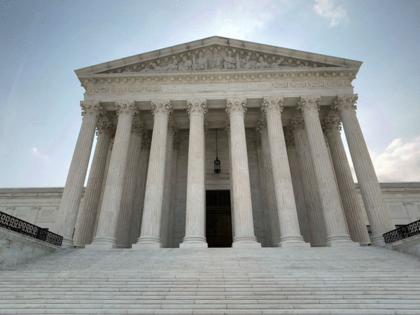 WASHINGTON — The Supreme Court backed a broader reading of the federal government’s war powers Wednesday, finding that Congress can give veterans the ability to file lawsuits against states if they face job discrimination over their military service.

The 5-4 decision found that Texas could not dodge a lawsuit from a former Texas state trooper under the Uniformed Services Employment and Reemployment Rights Act, or USERRA, after refusing to accommodate the veteran who was injured in the line of duty.

The ruling would overturn state courts in Alabama, Georgia, Florida, Tennessee, Texas and Virginia that had ruled Congress didn’t have the power to let service members file civil suits against state governments.

In the majority opinion, Justice Stephen G. Breyer wrote that state governments can be sued under the law, which granted veterans the right to be promptly reemployed on return from service and free from discrimination over their service.

“Upon entering the Union, the States implicitly agreed that their sovereignty would yield to federal policy to build and keep a national military,” Breyer wrote.

Breyer said that the contrary view from Texas, that states are immune from such lawsuits, “would permit States to thwart national military readiness.”

“If a State — or even 25 States — decided to protest a war by refusing to employ returning servicemembers, Congress, on Texas’ telling, would be powerless to authorize private reinstatement suits against those States,” Breyer wrote. “The potentially debilitating effect on national security would not matter.”

Thomas wrote that “when the States ratified the Constitution, they did not implicitly consent to private damages actions filed in their own courts — whether authorized by Congress’ war powers or any other Article I power.”

Breyer wrote that history did not support the dissent’s limited reading of the Constitution. He pointed to numerous times in history that Congress has been able to usurp state power for the national defense, and that included laws that incentivized people to join the military, like USERRA.

“An unbroken line of precedents supports the same conclusion: Congress may legislate at the expense of traditional state sovereignty to raise and support the Armed Forces,” Breyer wrote.

The Biden administration had argued the federal government uses USERRA as part of its incentives for potential recruits to join, helping fill out the more than 2 million people serving in the armed forces. During oral arguments, Christopher G. Michel from the Solicitor General’s Office said it was a particularly important assurance to offer potential reserve recruits.

Michel told the justices that “it would matter a great deal in the real world if it was harder for the United States to recruit guardsmen and reservists for the military.”

The case stems from Texas state trooper Le Roy Torres’ suit against the Texas Department of Public Safety. Torres, a member of the U.S. Army Reserve, served in Iraq and suffered lung damage after exposure to toxic burn pits before being honorably discharged.

On his return from active duty, Torres said constructive bronchitis prevented him from serving as a trooper again and requested a different position. After the department refused, he resigned and filed a suit.

The law, passed in 1994, created broad protections for returning service members. They had the right to take military leave from civilian jobs, be promptly reemployed on return from service and to have “reasonable efforts” made to accommodate a service-related disability.

The nationally known congresswoman is seeking a third ...Read More

U.S. Rep. Betty McCollum had an early lead as she fought to hang on to her long-held congressional seat against Democratic challenger Amane Badhasso.