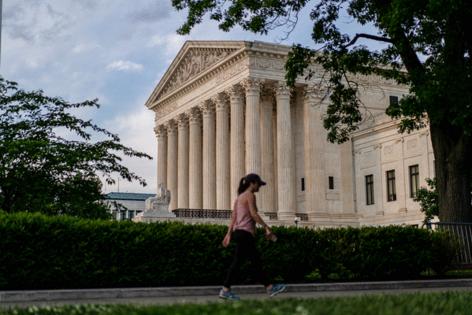 WASHINGTON — The Supreme Court expanded Oklahoma’s authority to prosecute crimes against Native Americans in much of the state Wednesday, potentially reducing the need for Congress to spend millions of dollars more in the state for the Justice Department and federal courts.

The 5-4 decision in Oklahoma v. Castro-Huerta means the state, along with the federal government and tribes, can prosecute crimes committed by non-Native Americans against Native Americans.

That will limit the effect of a 2020 opinion in McGirt v. Oklahoma, which found that Congress never dissolved the Muscogee Nation’s reservation that stretches over much of the state, including the city of Tulsa.

The McGirt decision appeared in multiple places in the Biden administration’s fiscal 2023 budget requests, attached to more than $100 million in additional spending, since it meant the federal government and tribes needed to handle all the criminal cases on that reservation area.

At a House Appropriations Committee markup Tuesday, Rep. Matt Cartwright, D-Pa., cited the McGirt ruling as part of the reason for a nearly 6% increase in funding for the Drug Enforcement Administration next fiscal year. Cartwright said the agency has “expanded responsibilities” on reservations as a result.

In the majority opinion Wednesday, Justice Brett M. Kavanaugh wrote that there is an assumption that states can prosecute crimes by non-tribal members against tribal members, and it would take an act of Congress to expressly take away that authority.

The case stems from a man, Victor Manuel Castro-Huerta, who was convicted of neglecting his 5-year-old stepdaughter. Castro-Huerta is not Native American, but his stepdaughter is a member of the Eastern Band of Cherokee Indians, and an Oklahoma court vacated his conviction on that basis, citing McGirt.

Kavanaugh wrote that the case illustrated a “now-familiar pattern” in the wake of the McGirt decision, where “after having their state convictions reversed, some non-Indian criminals have received lighter sentences in plea deals negotiated with the Federal Government.”

Kavanaugh also cited a DOJ report that it had opened prosecutions in less than a third of the criminal referrals it received in the Eastern District of Oklahoma.

Even still, cases in the Eastern District of Oklahoma more than tripled, according to a statistical report from the Administrative Office of the U.S. Courts. Prosecutors filed more than 1,000 cases there in 2021, in a district with a single federal judge.

Justice Neil M. Gorsuch wrote in a dissent, joined by the court’s three liberal justices, that Oklahoma would need an act of Congress to expand its authority to prosecute these cases.

Gorsuch wrote that rather than pursuing an act of Congress granting jurisdiction over such crimes, Oklahoma state officials “responded with a media and litigation campaign seeking to portray reservations within its State … as lawless dystopias.”

The majority opinion “comes as if by oracle, without any sense of the history recounted above and unattached to any colorable legal authority,” Gorsuch wrote. “Truly, a more ahistorical and mistaken statement of Indian law would be hard to fathom.”