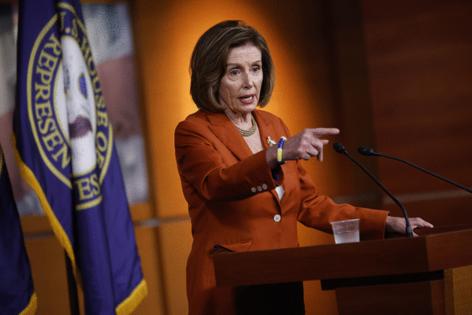 But the Supreme Court’s ruling Friday overturning Roe v. Wade has made that reality. After decades of decisions gradually expanding Americans’ rights, the court now has a majority of justices willing to use their power to rip away personal freedoms.

That means our elected leaders must anticipate that this right-wing court could, in the coming years, issue more unthinkable decisions — and take action now to protect Americans’ rights. Congress must quickly pass laws ensuring Americans have the right to access contraception, engage in consensual same-sex intimacy and marry a partner of the same sex to preempt the court from snatching away these rights too.

Americans have these rights today because of Supreme Court decisions in years past that relied on the idea that the constitutional right to liberty is linked with the rights to privacy and autonomy over intimate decisions. That was the foundation on which the right to abortion rested for nearly 50 years, until a majority of the justices decided it was no longer the case.

Those justices insist that overturning Roe, as Justice Samuel A. Alito Jr. wrote for the majority, “concerns the constitutional right to abortion and no other right.” They’re telling the public not to worry about other privacy-based rights implicated in the erasure of Roe — that we’ll still be able to get birth control, engage in intimate relationships with someone of the same sex, or marry the person we love.

Yet Justice Clarence Thomas’ concurrence gives us plenty of reason to worry. He wrote “in future cases, we should reconsider” landmark decisions that gave Americans constitutional rights to contraception, same-sex intimacy and same-sex marriage, and argues that the court should overrule “these demonstrably erroneous decisions.”

Thomas may be an outlier. He may be unable to persuade four colleagues to join him in his bizarre crusade to regulate what adults do in the privacy of their own bedrooms and destroy the ability of women to control their reproductive lives in all ways.

But perhaps Thomas is simply the only justice willing to put this abhorrent idea in writing. Other justices who joined him in overturning Roe, after all, testified before the Senate that they respected its precedent. Until they apparently didn’t.

The liberal justices, who lost in Dobbs v. Jackson Women’s Health Organization, clearly believe the conservative majority has designs to limit other constitutionally protected rights and freedoms. “No one should be confident that this majority is done with its work,” Justices Stephen G. Breyer, Sonia Sotomayor and Elena Kagan noted in their dissent.

The right to abortion is linked “to other settled freedoms involving bodily integrity, familial relationships, and procreation,” the dissent said, including the right to same-sex intimacy and marriage, and the right to purchase and use contraception. “They are all part of the same constitutional fabric, protecting autonomous decisionmaking over the most personal of life decisions.”

Overturning Griswold v. Connecticut, the 1965 landmark ruling that the Constitution protects the right of married couples to buy and use contraceptives, seems as preposterous as doing away with a woman’s right to vote. (A later court decision extended the right to unmarried couples.) Women and girls have built their lives around the ability to use contraceptives to control the risk of pregnancy. Among sexually active women, 88% were using a contraceptive method in 2016, according to research by the Guttmacher Institute.

But in light of Thomas’s ominous words and the demise of Roe, why wouldn’t we be concerned that the constitutional right to contraception could likewise be pushed on the path to extinction?

The possibility that states will impose more restrictions argues for a national right to contraception.

Similarly, we need to bolster protections for same-sex relationships, so that people do not lose the freedom to marry depending on the whims of five justices and the politics of the state in which they live. All Americans who value equality should be alarmed that Thomas flagged Lawrence v. Texas, which protects the right to same-sex intimacy, and Obergefell v. Hodges, which protects the right to same-sex marriage, among the “erroneous decisions” he wants to see overruled.

There’s little comfort to be had in the conservative justices’ claim that overturning Roe has no bearing on other rights.

Americans need an insurance policy to defend our rights against a court that is out of step with public opinion, stacked with justices who think life today should be governed by what was lawful in the 19th century, when women were forbidden from voting. That insurance policy lies in our federal laws. Of course a hostile Supreme Court could also some day throw out laws passed by Congress. But elected lawmakers must do everything possible to safeguard Americans’ rights in the face of an unprecedented loss of freedom and enact protections we had come to take for granted.