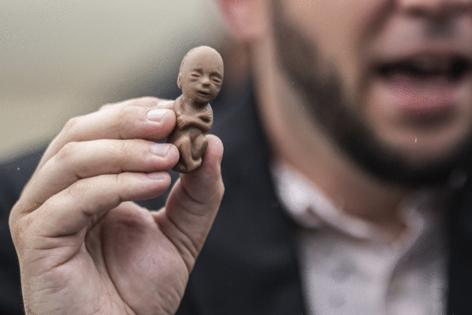 But we should remember much more than merely the outcome. Justice Samuel Alito’s opinion shows how terribly wrong the court has been on abortion over the last 49 years.

We should remember how badly the court erred in deciding a right to abortion existed. Alito’s majority opinion gave a forceful argument for why “Roe was egregiously wrong from the start.”

The court had based it on the right to privacy in 1973 and in the right to liberty in 1992. But we must understand those rights as the Constitution’s framers did, both in 1787 and 1791 when the original Constitution and Bill of Rights were written, and in 1868 when the 14th Amendment was ratified.

Alito painstakingly showed how nothing in this history gave any reason to think that those making our fundamental law saw aborting an unborn child as part of privacy or liberty. On the contrary, Alito corrects Roe’s terrible history. Abortion was broadly condemned and banned by the states, many of which saw in it an evil our society should never condone. It thus could not be seen as part of the freedom the Constitution has sought to protect.

We should remember how wrong the court has been in abortion jurisprudence about stare decisis, the principle that the court should respect precedent and exercise caution in overruling past decisions. The court should do so. But they still must subordinate precedent to constitutional text.

Moreover, we should remember the damage the court has done to our country in its abortion decisions. Alito noted the essence of the anti-abortion argument, that “a human person comes into being at conception and that abortion ends an innocent life.” We cannot overestimate the magnitude of that claim.

Since Roe, more than 60 million unborn children have died. So many women have been manipulated into aborting. So many who aborted have come out of the experience with physical and emotional scars they will bear for life. Alito’s opinion does not ban a single abortion. But it gives space that hasn’t existed since 1973 for our laws to do that needed work. It gives an enhanced place for the anti-abortion movement to make the case for the unborn’s right to life.

We may recall this moment as the beginning of an America more just, more aligned with her principle of the right to life than she had been. Let us hope we so remember this day, the day Roe became no more.

Adam Carrington is an associate professor of politics at Hillsdale College.