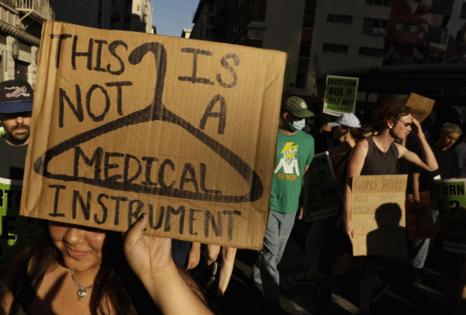 Brittany Fonteno never wanted to imagine the chaos of a post-Roe world.

One of desperate, angry women begging healthcare workers for an abortion — and then leaving clinics distraught with only vague ideas of where to turn next for help.

But after Texas passed what, at the time, seemed like a draconian ban on abortions after about six weeks of pregnancy, the president and CEO of Planned Parenthood Arizona knew she had to imagine it. She had no choice.

"It's terrible to think that people may be forced to carry pregnancies to term and give birth to pregnancies that were unintended or unwanted," she said when we first spoke, weeks before the Supreme Court struck down the right to an abortion on Friday. "But we know how this is going to play out. It's not a guessing game."

So, a few months ago, Fonteno reached out to her counterpart, Darrah Johnson, at Planned Parenthood of the Pacific Southwest in San Diego. Together, along with the staffs of their affiliates, they hammered out a plan to bring order to the coming chaos.

The governor is a Republican and Republicans hold a thin majority in the state Legislature. Together, they recently enacted a ban on all abortions after 15 weeks of pregnancy, with no exceptions for rape or incest.

So, rather than abandon the thousands of Arizonans who need reproductive healthcare each year, merely handing them a list of out-of-state clinics to cold call as they tearfully realize they can't get an abortion, the Planned Parenthood affiliates have adopted a model that's more like a warm handoff.

Like a primary care physician sending you down the hall to get your blood drawn by a specialist and then circling back after the procedure to talk through the results.

That could mean making a referral to schedule an appointment, buying a plane ticket, paying for gas, getting a rental car, securing childcare, booking a hotel room or even paying for the abortion procedure itself.