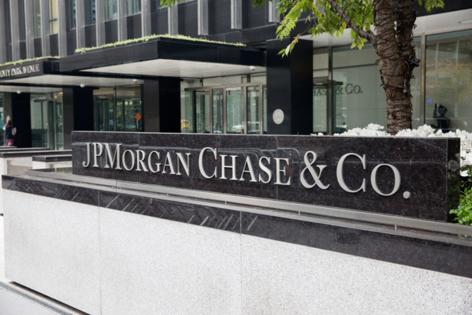 The Supreme Court overturned 50 years of legal precedent and quickly cut off legal access to abortions for women in large parts of the country Friday. Many big corporations realized quickly that they had to respond to the sweeping decision.

In the days before the widely anticipated announcement, some of the nation’s largest employers reached out to their workforce, offering support for those who are directly affected. After the publicized leak in early May of a draft opinion by Justice Samuel Alito arguing for a reversal of Roe v. Wade, corporate boards and CEOs knew they had to consider their options.

The nation’s largest bank, JPMorgan Chase, told workers that it will pay for travel to states that allow legal abortions. Amazon will cover costs for employees seeking abortions in states where the procedure were made illegal. CVS, Apple, Meta, Dick’s Sporting Goods and Disney also issued statements that attempted to reassure anxious workers.

“We recognize people feel passionately about this topic — and that there are teammates and athletes who will not agree with this decision,” Dick’s CEO Lauren Hobart wrote.The court’s explosive decision and the emotional debate that followed are the latest of many recent controversies where corporations were under pressure to take a stand.

Gone are the days when businesses could solely focus on their core business model — keeping customers, winning new ones and making a profit.

“There is one and only one social responsibility of business,” Milton Friedman famously wrote more than 50 years ago — ironically around the time of the Roe decision. The Nobel Prize-winning economist said that a corporation should “use its resources and engage in activities designed to increase its profits so long as it stays within the rules of the game which is to say, engages in open and free competition without deception or fraud.”

But now we live in very different times. Pursuing shareholder value alone is not enough. Many of the most highly valued young workers expect their employers to reflect their values. Businesses also face greater scrutiny from consumers. Brands feel required to to be socially and politically relevant.

“It’s just no longer an option for businesses to hide on the sidelines on all issues,” says entrepreneur and market research executive Diane Hessan, author of the recent book “Our Common Ground.” “This is the time when businesses feel obligated to have some sense of social responsibility because their customers and partners want them to, and their employees want them to. In many cases they are the last bastions of where we have trust.”

But speaking out on polarizing issues can carry real risks. Examples of corporate stumbles include Disney’s shifting stand on Florida’s “don’t say gay” legislation barring instruction on sexual orientation and gender identity in kindergarten through third grade. Coca Cola and Delta Airlines angered conservatives when they criticized Georgia’s law to tighten regulations on voter access. Both Atlanta-based companies faced pressure from Black employees and others to come out against the Georgia law.

“Companies are on the receiving end of a lot of criticism,” says Elizabeth Doty, director of the Erb Institute’s Corporate Political Responsibility Taskforce at the University of Michigan. “We felt they needed a place to get foresight to dig into what’s behind these complaints.”