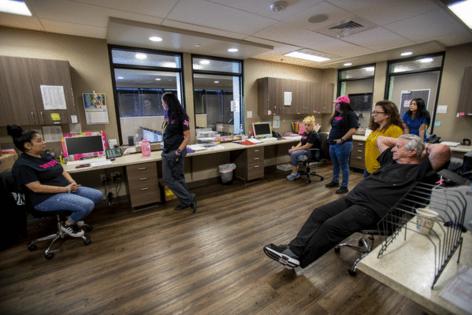 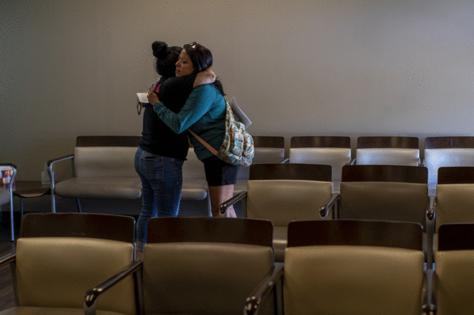 Some were already waiting outside when the clinic opened at 9 a.m., doing their best to ignore a group of protesters at the parking lot entrance, shouting at them through a loudspeaker.

“You don’t have to go in!” the activists pleaded with the women. “They murder babies!”

The clinic’s longtime owner, Dr. Alan Braid, was back in his office when his daughter, Andrea Gallegos, the executive administrator, ducked in.

Braid cursed. Then he began to tear up.

At 77, he is old enough to remember what abortion was like before the Supreme Court decided Roe vs. Wade in 1973. He treated women for infections from illegal abortions, including a 16-year-old who arrived with her vagina stuffed with rags whom he could not save.

Now, with the court striking down the right to abortion, Braid feared a return to those days.

“I’ve got to figure out what I’m going to do with these patients now,” he said before stepping into the hallway. “Never thought I’d see this day.”

“So we can’t see anybody?” a nurse asked Gallegos.