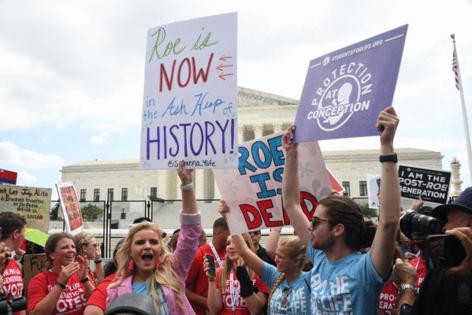 Freedom and equality have expanded enormously over the course of American history, which makes the ending of a constitutional right virtually unprecedented.

In Dobb’s v. Jackson Women’s Health Organization, the court overruled a half-century of decisions protecting a constitutional right of women to choose whether to end their pregnancies. The decision must be understood as entirely about the conservative desire to end abortion rights and not about constitutional principles or judicial methodology.

There is a desire to think that law exists apart from the identity and ideology of the justices. But that is a myth when it comes to the Supreme Court. Its decisions always have been and always will be a product of the identity of those on the bench. For example, from the 1890s until 1936, the court had a very conservative majority and declared unconstitutional over 200 federal, state, and local laws protecting workers and consumers. Only once in American history, during the Warren Court, from 1954-1969, and especially from 1962-1969, was there a liberal majority on the high court and its decisions were progressive in a way never otherwise seen in American history.

Roe v. Wade was overruled not because of anything about its reasoning or any method of judicial interpretation but because Donald Trump won the presidency in 2016 and was able to appoint three justices to fulfill his promise to put on the court individuals who would end abortion rights.

These nominees had no compunction about lying during their confirmation hearings and pledging fidelity to precedent, and all have said that Roe is well-established precedent. They knew that once on the bench they could do what they want. Everyone knows that if Hillary Clinton had won in 2016 and picked three justices, Roe would have been safe for decades to come.

Precedent and the principle of stare decisis are supposed to limit judicial discretion and provide stability to the law. But time and again, as in this decision, the conservative justices are willing to overrule the precedents they dislike.

They are motivated by carrying out the Republican platform, not a judicial philosophy or an interpretative methodology. The only question is how far they will go.

The court’s ruling overturning the constitutional right for abortion is going to unleash a flurry of new state laws restricting reproductive rights. Right-wing politicians who have made abortion their central issue for years are not going to give up on it now that Roe has been overruled. A bill introduced in Missouri would make it a crime for a woman to leave the state for an abortion. States are sure to adopt laws to prohibit forms of contraception that take effect after conception, such as IUDs and the morning after pill. The court’s statements in Dobbs strongly indicates that the conservatives will uphold these laws.

Indeed, the court’s approach — saying that constitutional rights should be protected only if they are in the text of the Constitution or part of its original meaning or safeguarded by a long unbroken tradition — puts in jeopardy countless other liberties.