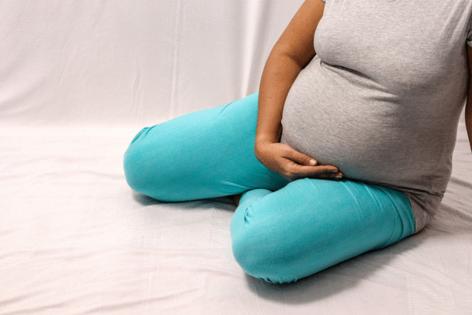 The 17 states that ban abortion after 20 weeks make exceptions to protect the life or health of the woman. But doctors and reproductive health advocates worry such exceptions are so vague or narrow that abortion providers are unlikely to invoke them — especially if they fear they could be charged with a crime.

In a country that has long lagged its peers in maternal mortality, many reproductive health providers warn that stricter abortion laws are likely to make the situation worse — especially for Black women, who die of pregnancy-related causes at nearly three times the rate of white women.

“Doctors have said it puts them in an untenable position where they have to base decisions on their legal liability, which shouldn’t be a consideration at all,” said Shaina Goodman, director for reproductive health and rights at the National Partnership for Women and Families. “At what point is the life of the mother at risk, when she’s coding on the table?”

Several scientific studies in the past two years have noted that abortion bans will likely increase maternal mortality. A University of Colorado study in 2021, for example, found that a total ban on the procedure could increase pregnancy-related deaths up to 21% overall and up to 33% for Black women.

Already, some doctors say the inflammatory nature of the abortion issue has compelled them to provide care they regard as less than optimal.

Dr. Alice Mark, a Massachusetts OB-GYN and medical adviser to the National Abortion Federation, which represents providers of abortion services, said exceptions in state abortion bans are not designed to provide patients with the best medical care.

“These laws are not meant to be clinical guidance about what I can or can’t do,” she said. "They are meant to prevent women from having an abortion.”

In Wisconsin, for example, some clinics already are refusing to use mifepristone to help women pass an early miscarriage because the drug also can be used in medical abortions, said Dr. Amy Domeyer-Klenske, an OB-GYN in Milwaukee who is vice chair of the Wisconsin chapter of the American College of Obstetricians and Gynecologists.

Without mifepristone, Domeyer-Klenske said, doctors must either wait to see whether a patient passes the miscarriage on her own, or use less effective medications or perform a riskier surgical procedure.

“We are already telling pregnant patients who are suffering a miscarriage: ‘You can’t have the best level of care because of the politics around abortion,’” she said.