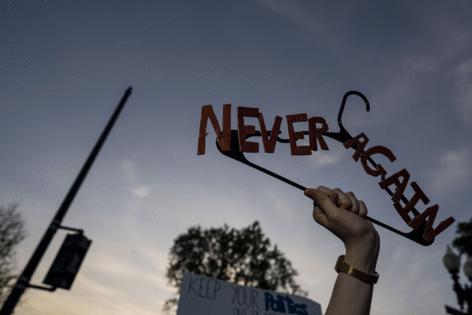 The Biden administration reportedly is considering using executive orders to protect women whose right to abortion may soon be eliminated in Republican states like Missouri, if and when the U.S. Supreme Court overturns Roe v. Wade. Presidential over-use of these unilateral orders has long been a legitimate concern, but if ever an issue cried out for this kind of intervention, it’s this one. Most Americans continue to support some level of abortion rights, but are close to being overruled by a radical political minority.

The draft Supreme Court opinion that leaked in early May indicates the court’s conservatives will soon eliminate the constitutional right to abortion that has protected women for almost 50 years. In Missouri and other red states, laws are already in place that will automatically go into effect with Roe’s demise, outlawing abortion from the moment of conception in almost all cases and returning women to the second-class-citizen status they endured pre-Roe.

The best solution to this coming dystopia would be a federal law setting minimum abortion rights nationwide. But that’s a political impossibility even in a Democrat-controlled Senate, because of the filibuster. Biden couldn’t do that by executive order, but there are safety-net policies he might be able to create that could at least mitigate the worst injustices that some legislative extremists in Missouri and elsewhere are anxious to impose on women.

The New York Times reports the administration is laying groundwork to challenge any attempt by states to prevent women from traveling to other states to obtain the abortion services their own states will soon ban. That kind of Big Brother scenario isn’t some paranoid fantasy. Missouri legislators this year considered proposals to punish doctors in other states based on Missouri law, and even to censor information Missouri women could receive online about abortion services. Once the ability of states to outlaw abortion is no longer just speculative, expect these folks to double down on those kinds of Kafkaesque ideas.

The administration is also looking at ways to ensure that women in red states can still obtain mail-order, FDA-approved drugs that can terminate early-stage pregnancies — another avenue that red states are seeking to close. Among the actions Biden could take is to declare a state of emergency (based on the expected flood of patients to abortion clinics that border abortion-ban states), which in turn could protect the licenses of doctors who provide telemedicine services to women in those states.

Other ideas, like turning U.S. military bases into abortion rights oases (they’re technically outside the legal jurisdiction of the states in which they’re located) would be unlikely to withstand legal challenges. But the administration should do whatever it legally can to restore some of the protection for half of America’s population that a handful of robed ideologues are about to rip away.