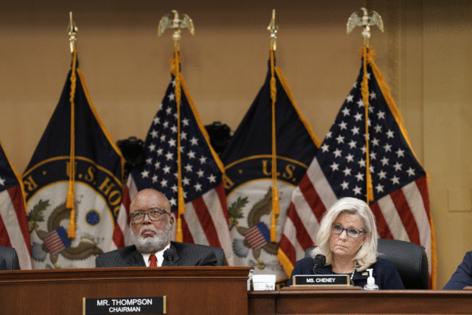 Former President Donald Trump has derided Rep. Kevin McCarthy for the House minority leader’s “very, very foolish decision” not to participate in the congressional committee investigating the Jan. 6 attack on the Capitol.

“Unfortunately, a bad decision was made. This committee — it was a bad decision not to have representation on this committee,” Trump told far-right-wing podcast host Wayne Allyn Root last week. “That was a very, very foolish decision.”

Trump appeared to concede that it was a huge blunder to cede total control of the committee to his political enemies, effectively giving him no way to influence the proceedings.

“When you get into the inner workings of it, you say, ‘What is this?’ ” Trump added. “It’s a one-sided witch hunt.”

McCarthy, R-Calif., and Senate Minority Leader Mitch McConnell, R-Ky., blocked the creation of a 9/11-style nonpartisan commission to examine Jan. 6. That, in turn, spurred House Speaker Nancy Pelosi to create a select committee to investigate it.

The top House Republican sought to appoint several lawmakers who openly supported Trump’s election lies and his effort to overturn the election of President Joe Biden.

McCarthy’s gambit backfired as the committee, with no Trump supporters to hinder its probe, has proven to be extremely effective.

The panel’s three blockbuster hearings so far have clearly laid out the case that Trump bears responsibility for the attack and bared damning new details about divisions within his inner circle and even his own family.

McCarthy originally blamed Trump for inciting the riot. But he soon sought to bury the hatchet with the most powerful man in the GOP, who holds the key to McCarthy’s dream of becoming House speaker if Republicans regain control of the chamber in the midterm elections.

In a sign that McCarthy cannot be sure of Trump’s support in his bid to be speaker, the former president pointedly praised as “great warriors” Reps. Jim Jordan, R-Ohio, and Jim Banks, R-Ind., both potential rivals for the position.