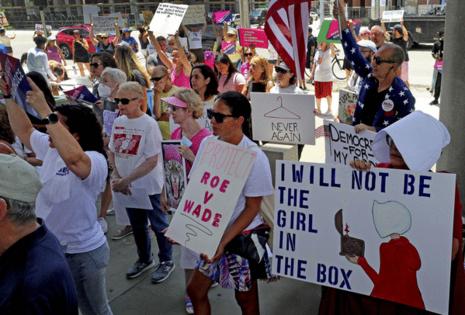 FORT LAUDERDALE, Fla. — As Florida and much of the U.S. impose major restrictions on access to abortion, Florida residents don’t like the trend.

The overwhelming majority of Florida residents — including more than half of Republicans — want abortion legal in most or all cases, a statewide poll shows.

The May poll from Florida Atlantic University comes as Florida and the rest of the nation brace for a new era, with major changes in laws governing abortion.

Abortion is a powerful issue for many voters — with people on both sides viewing it as a crucial issue of the current political era. But the new poll also shows that for many, it is not a high priority.

Asked to prioritize five key issue areas, abortion was at the bottom of the list.

Posed the question, “Right now, how much of a priority should each of these issues be for the country to address?” cost of living/inflation was rated high priority by 84% of those surveyed. Abortion was cited by 39% – behind the war in Ukraine, COVID-19, immigration and education. And 29% — far more than on the other issues — said it should be a “low priority.”

“It is not clear this issue will drive voting as abortion was only ranked as a high priority issue by 39 percent of Floridians,” Kevin Wagner, an FAU political scientist and research fellow at the university’s Business and Economics Polling Initiative. said in a written statement.

—32% said abortion should be legal in all cases.