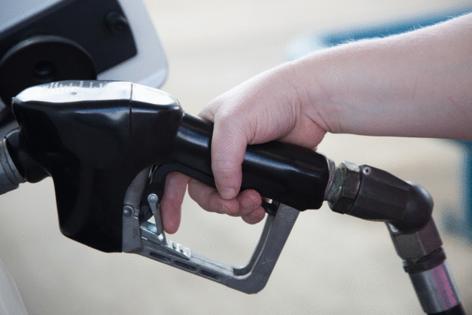 WASHINGTON — President Joe Biden has vowed to do everything in his power to fight record-setting gasoline and diesel prices, but he’s up against a stark reality: There are few options for taming the surge.

While Biden has unleashed an unprecedented amount of oil from the U.S. Strategic Petroleum Reserve, other tools at the administration’s disposal would come at the expense of environmental protection and have little effect on fuel costs stoked by strained crude supplies and a global shortage of refining capacity. And the one sure-fire fix — for Americans to stop driving so much — is largely outside his control.

“There’s no silver bullet,” said Benjamin Salisbury, director of research at Height Capital Markets. “Anything they could do is going to have knock-on effects, and they’re probably worse than the benefits.”

To be sure, oil and its products are globally traded commodities that are largely dictated by complex supply and demand fundamentals. Still, Biden’s inability to rein in high energy costs, coupled with soaring food inflation, puts his Democratic party’s congressional majority at risk for midterm elections this fall.

Americans have already begun paring their driving in the face of gasoline prices that have set near-daily records for the last two weeks, but no one should expect Biden to encourage more of that conservation. It’s politically perilous for presidents to ask Americans to reduce fuel use — as a cardigan-clad Jimmy Carter proved in 1977, when he soberly implored the country to crank down thermostats and slow driving to combat an energy crisis. He lost re-election three years later.

While Carter donned a cardigan, “Biden is in a blazer,” and “trying to do business as usual,” said Kevin Book, managing director of research firm ClearView Energy Partners LLC. “Trying to tell Americans they can’t have energy when America is an energy super power and, more importantly, when Americans are accustomed to low-energy prices and widespread energy availability, is a risk very few politicians are going to want to take.”

Short of Americans putting the brakes on their summer travel, here are some of Biden’s options to help bring fuel prices down.

Biden’s massive release of as much as 180 million barrels of oil from emergency stockpiles over six months, on top of earlier drawdowns, may have limited crude price gains, but the bigger problem now is a lack of global refining capacity to transform oil into gasoline and diesel.

The U.S. lost more than 1 million barrels of refining capacity when fuelmakers shut some of their least profitable plants during the pandemic.