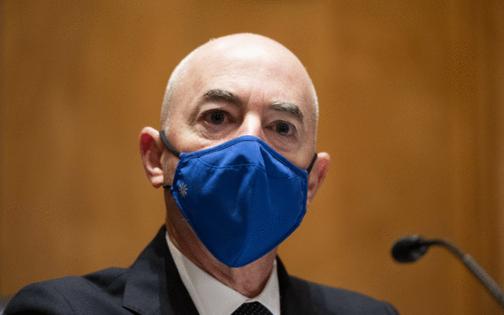 WASHINGTON — The Biden administration is counting on a rule change to speed up asylum decisions at the southern border and help ward off the turmoil expected to come if a measure that limits those claims is allowed to expire.

Department of Homeland Security officials will get the power to reject or approve asylum cases directly starting May 31. It’s a major shift from the current system that relies on the Justice Department’s immigration courts, where petitions often take years to be resolved.

Accelerating the asylum process could help officials cope with an expected crush of migrants if the Biden administration is eventually successful in its effort to end Title 42, a measure that allowed the Trump administration to practically shut down asylum claims under the stated goal of preventing the spread of COVID-19. A federal judge blocked the removal of Title 42 last week while a lawsuit led by a multi-state coalition of Republican attorneys general plays out.

As is, the immigration-court system is buried under a backlog of 1.8 million cases. Migrants can take advantage of that by claiming asylum to gain entry and stay in the U.S. for months or years as the decisions drag on, said Muzaffar Chishti, the director for the New York office of the Migration Policy Institute.

“This administration is trying to remove that magnet by having these cases processed, they claim, in under six months,” Chishti said in a telephone interview. “But that’s a big change in the legal regime of asylum.”

How to deal with thousands of asylum seekers and others trying to cross the border without proper documents has stumped a string of U.S. presidents. Some have tried to stem the flows, resulting in crammed detention centers and accusations of kids kept in cages. Loosening restrictions has only encouraged more migrants to flock to the southern border seeking entrance, according to security hawks.

The number of times the U.S. Customs and Border Protection encountered migrants jumped to 1.7 million in the 2021 fiscal year, a 77% increase from 2019. In the first seven months of fiscal 2022, encounters surged another 73% over the same period last year and have already easily topped all of 2019.

It’s still possible the DHS rule change will be delayed or scrapped. Republican lawmakers have sought to disallow the switch. A group of GOP state officials have also filed lawsuits challenging the regulation, with Texas Attorney General Ken Paxton being the latest to seek an injunction.

The DHS declined to provide details on how many asylum cases will be processed or the expected approval rates. Some groups who advocate for asylum seekers worry the expedited process won’t allow enough time to build a solid case.

“We’re concerned about the timelines,” said Kennji Kizuka, associate director of research and analysis for refugee protection at Human Rights First. “You just can’t expect someone to put together an asylum case in a week.”