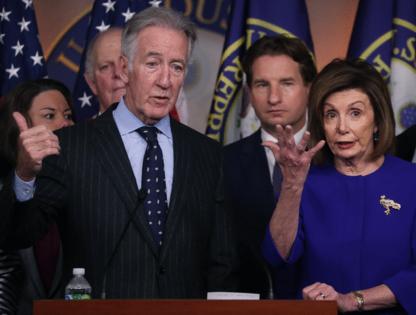 With midterm elections fast approaching, Democrats’ window to follow through on the Biden administration’s plan for rooting out tax havens and raising taxes on global companies’ foreign profits may be closing.

If congressional leaders can’t scrape together a filibuster-proof tax and spending package that includes implementation of the 15% global minimum tax, it could complicate international tax negotiations Treasury officials have touted as a top priority.

That this could be Democrats’ sole shot to act on the plan adds to the pressure to pass some form of a budget reconciliation bill this summer, some lawmakers and supporters of the effort say, after opposition from Sen. Joe Manchin III, D-W.Va., to the $2.2 trillion package put talks on ice for almost six months.

Some Democrats view June as their final opportunity to get Manchin on board with a reconciliation bill they could pass before the August recess. Then, they have elections to deal with and the possibility their control of Congress slips away.

Sen. Sherrod Brown, D-Ohio, a Finance panel member who helped write the international tax provisions, said he’s concerned particularly given how much else Democrats have to do, limited time and the difficulty of getting any Republicans on board.

He was uncertain whether getting in line with the global minimum tax agreement will be a must-do item in the months ahead. “I don’t know,” Brown said. “We’re going to do our best.”

More than 130 countries signed onto an agreement last fall brokered by the Organization for Economic Cooperation and Development to set a 15% minimum tax rate for the largest multinational corporations.

The landmark deal intends to stop companies from parking profits overseas to avoid higher tax rates at home, and to nudge countries toward charging a corporate rate of at least 15%. Governments lose $312 billion in tax revenue annually due to multinationals shifting their earnings to countries considered tax havens, according to a November study by the U.K.-based Tax Justice Network based on OECD data.

Guidelines for getting compliant tax policies in place aim for a 2023 start date, though that timeline appears to be slipping.

The U.S. has a minimum tax established in Republicans’ 2017 tax law: the “global intangible low-taxed income” rate. It’s a 10.5% charge on corporations’ foreign profits, though the effective rate also depends on allowances for tangible assets like factories, whether a company is operating in other countries where it has paid higher rates and other factors.