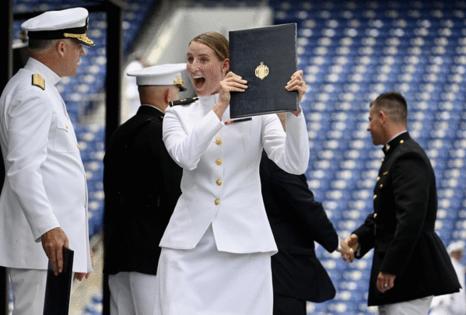 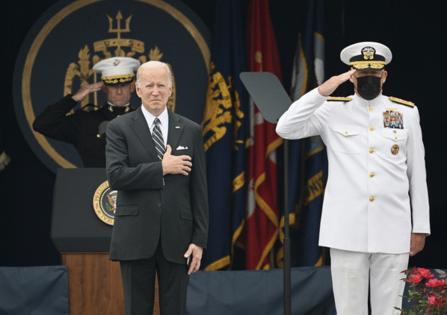 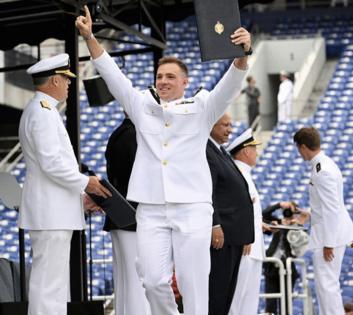 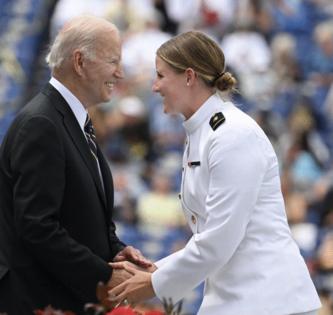 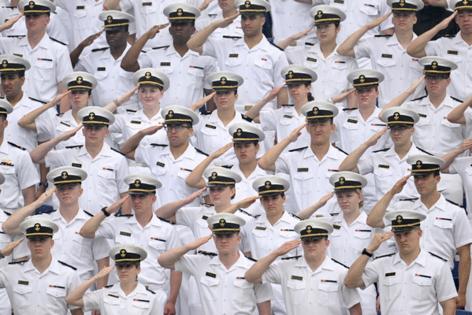 Delivering the academy's keynote address at about 10:30 a.m. Friday, Biden told graduating midshipmen they would be commissioning into a changing global theater, noting the ongoing conflict in Ukraine.

"We're seeing the world align not in terms of geography, east and west, Atlantic and Pacific, but in terms of values," Biden said during his address, noting countries which supported his sanctions against Russia in the wake of the country's assault on Ukraine.

"Things are changing so rapidly, that the next ten years will be the decisive decade of this century," he said. "They're going to shape what our world looks like, and the values that will guide it."

He jabbed at Russian President Vladimir Putin, saying that the leader's "brutal war" on Ukraine was "literally trying to wipe out the culture and identity of the Ukrainian people."

"Attacking schools, nurseries, hospitals, museums, with no other purpose than to eliminate a culture," he said, calling it a "direct assault" on fundamental tenants of international order.

"That's what you're graduating into."

Biden concluded his address by lauding late Naval officer and Sen. John McCain, who commissioned in 1958 and died in 2018 at the start of the graduating midshipmen's plebe year. Biden and McCain's political careers were intertwined in the Senate, coming to a head in 2008, when they ran against each other in opposing presidential elections.

He called McCain a "man of great principal and capacity," adding that he "always lived by a code."

While McCain was on his deathbed, Biden said his former colleague asked him to do his eulogy.

"Two hard-assed guys, looked at one another and said 'I love you'."

The address is Biden's first as president. He gave the keynote speech as vice president in 2015 and 2010.

The last time a president delivered the keynote address was in 2018 when then-President Donald Trump visited the academy.

The president has had a busy week. On Tuesday, Biden returned from his first trip as president to Asia and addressed the nation as it reeled from a mass shooting that killed 19 children and two teachers at Robb Elementary School in Uvalde, Texas.

And on Wednesday, the two-year anniversary of the death of George Floyd, he signed an executive order aiming to improve accountability in policing.

After visiting Annapolis, Biden and First Lady Jill Biden will be heading to Uvalde, Texas on Sunday to meet with the families of those who were killed, as well as other community members.