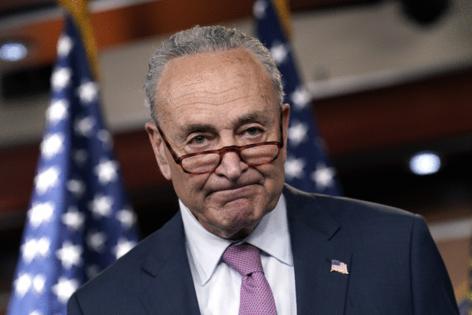 “The investigation is still underway. The authorities will continue to learn exactly what happened and how,” McConnell said.

He called on a higher power than the Senate, when he referenced comments from the Uvalde school superintendent about how Uvalde is a small community and needs prayers to get through this.

“We pray fervently that in the midst of this nightmare of grief, our heavenly father will make manifest to those families his promise in Psalm 34: That the lord is near to the brokenhearted,” McConnell said.

At the Judiciary Committee hearing, ranking member Sen. Chuck Grassley, R-Iowa, criticized the Biden administration’s approach to combating gun violence and plugged his own proposal, titled the Eagles Act, which he first introduced in response to the shooting at Marjory Stoneman Douglas High School in Florida in 2018 and reintroduced last year.

“It would give schools and law enforcement additional resources to make sure dangerous individuals can’t do what happened yesterday,” Grassley said.

The bill would expand the Secret Service’s National Threat Assessment Center to include school violence. Under the bill, the Secret Service would use the center’s resources to train other law enforcement agencies to identify potential threats in advance and provide warnings when an attack may be imminent.

Both House and Senate versions of the Grassley bill have bipartisan co-sponsors. Neither chamber has acted on the proposals this Congress or when it was previously introduced in 2019.