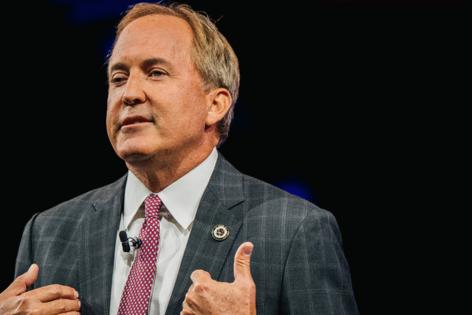 Her record: In the days after the 2020 election, Ivey wouldn’t say whether President Joe Biden won, instead saying “every legal vote” should be counted. After his inauguration, she tweeted her congratulations. She’s signed bills barring the use of donations to help run elections and adding criminal penalties for voting twice in the same election. But facing a competitive Republican primary, she shifted her rhetoric, running a campaign ad claiming that the election was stolen.

What she’s said: “The fake news, big tech and blue state liberals stole the election from President Trump, but here in Alabama, we are making sure that never happens.”

Why the race matters: Seven members of Alabama’s nine-member congressional delegation voted against certifying the 2020 election. The governor’s shift in rhetoric means they will have an ally at the head of the state to challenge election results that don’t go their way.

General election opponent: Undecided as the Democratic primary heads into a runoff but Ivey is favored to win the general election.

His record: As attorney general, Paxton was one of the most reliable defenders of Trump’s fraud claims, leading a group of Republican attorneys general in a lawsuit that asked the U.S. Supreme Court to delay or prevent the certification of electors from four states Biden won. The court dismissed the suit, and Paxton faces complaints of professional misconduct for filing a “frivolous” lawsuit. After the Jan. 6 insurrection, Paxton falsely claimed the attackers were “not Trump supporters.” In an 8-1 decision, the all-Republican Texas Court of Criminal Appeals later limited his power to bring other election fraud cases on his own.

What he’s said: “They needed to first figure out how many votes they needed for it, and then they looked at the mail-in ballots to change the election. And that’s what they did.”

Why the race matters: The Texas attorney general’s office is second only to California’s in the size of its budget, which means it would likely continue to play a lead role in future election-related lawsuits.

His record: As attorney general, Marshall joined Texas’s lawsuit. In 2021, he served as chairman of the Rule of Law Defense Fund, which serves as the policy arm of the Republican Attorneys General Association. He denied knowing ahead of time about a robocall sent by the group on Jan. 6 encouraging people to march on the Capitol and “call on Congress to stop the steal.” Testifying before Congress in March, Marshall repeatedly declined to call Biden the “duly elected and lawfully serving” president in response to a question from a Democratic senator.

What he’s said: “All we’ve asked is for only legal ballots to be counted.”

Why the race matters: The attorney general can file and endorse lawsuits seeking to overturn election results.

Californians have little appetite for a rematch of the 2020 presidential race, according to a new UC Berkeley Institute of Governmental Studies poll, with strong majorities of the state's voters hoping neither President ...Read More

COLUMBIA, S.C. — Republican Gov. Henry McMaster has thrown cold water on a controversial Senate proposal that aims to ban the sharing of information about abortion resources in South Carolina.