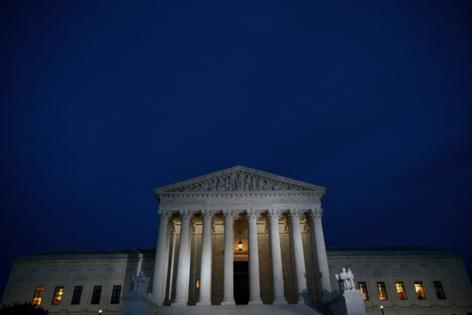 In his recent alarm over a widely reported decline in public confidence in the Supreme Court, Justice Clarence Thomas chose a worthy target, but his diagnosis missed a major symptom: his own family ties.

Speaking at a conference sponsored by three conservative think tanks, Thomas expressed his dismay in response to the recent unprecedented leak of a draft opinion that suggests the court is poised to overturn the 1973 Roe v. Wade decision that legalized abortion nationwide.

As shocked as abortion rights supporters were by the draft opinion, conservatives like Thomas sounded more outraged by the leak, which he called “tremendously bad” and “kind of an infidelity” to the norms, trust and respect on which the nation’s critically important institutions rely.

“I wonder how long we’re going to have these institutions at the rate we’re undermining them,” he said.

He’s not alone in his concerns. Recent polls show Americans’ approval of the high court hitting new lows even before the leak.

An NPR/PBS News Hour Marist poll found a 20-point drop in confidence in the court, with 56% of respondents saying they have little or no confidence at all in the court, compared with just 36% of Americans who said the same in February 2018, before the slide began.

A surge in public desire to rein in the court is suggested in a Morning ConsultPolitico poll that shows a seven-point advantage for proposals to expand the number of justices on the court.

Wading through such divisive issues as vaccine mandates, affirmative action in college admissions and the Jan. 6 assault on the Capitol, the Supreme Court’s approval ratings have taken a beating in recent years.

But the combative nature of politics in these times makes it critical for the court to maintain respect for its ability to “call balls and strikes,” in Chief Justice John Roberts’ clever baseball umpire comparison.