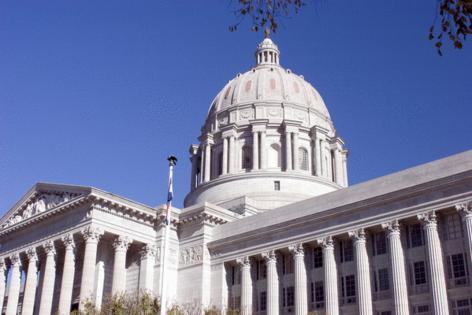 JEFFERSON CITY, Mo. — Missouri voters won’t get a chance to head to the polls in the 2024 presidential primary if Gov. Mike Parson signs off on legislation altering state election laws.

As part of a significant rewrite of state voting regulations, including another attempt by Republicans to require voters to have a photo ID to cast a ballot, the presidential primary election held every four years in February would be eliminated.

If approved, Missouri would instead only use party caucuses to select the delegates who will go to each party’s nominating convention. The reason is that Missouri’s primary is nonbinding, meaning party delegates can ignore the results unless the parties choose to follow the outcome of the vote.

The change has been a priority for Republican Secretary of State Jay Ashcroft, who says the election doesn’t actually matter. And, it costs an estimated $7 million to run what’s been called a taxpayer-funded “beauty contest.”

“I would like to thank the Legislature for their work this session to prioritize and further strengthen elections,” Ashcroft said in a statement following the bill’s passage earlier this month.

But the abolition of the presidential primary means fewer people will be weighing in on their party’s candidates because fewer people participate in caucuses, says the League of Women Voters Missouri chapter.

League members are concerned about “many provisions in this anti-voter legislation that make it more difficult for citizens to have their voices heard,” said League Executive Director Jean Dugan.

In a letter to Parson, League President Marilyn McLeod stressed the league’s concern about language that could limit its voter service activities.

“This legislation provides unnecessary roadblocks to our most basic right, the right to vote,” she said.

But supporters say those who do attend a caucus are typically more politically involved and have more knowledge of the candidates.