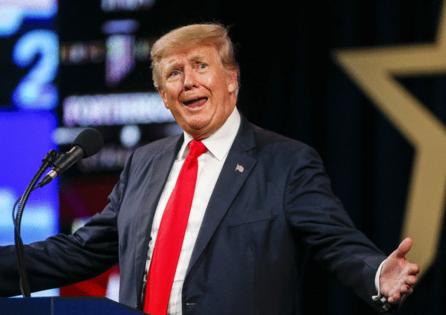 MIAMI — A creative Florida man is accused of fabricating his own pardon from former President Donald Trump — while he was under investigation for fraud, federal court documents report.

The ruse — which ultimately failed — is one in a series of frauds credited to Alexander Leszczynski of North Redington Beach in Pinellas County, according to the U.S. Attorney’s Office for the Middle District of Florida.

“The United States ultimately seized $337,000 from an account Leszczynski controlled,” federal officials said in a May 18 news release.

“When he discovered that the money had been frozen, he attempted to have it released by producing a fabricated pardon purportedly signed by former President Donald Trump.”

Investigators did not provide details of how the pardon was proven to be fake. Presidential pardons are a form “of executive clemency, which is a broad term that applies to the President’s constitutional power to exercise leniency toward persons who have committed federal crimes,” according to the U.S. Justice Department.

In another, he filed “fraudulent warranty deeds purporting to deed to himself and his businesses 10 properties around the United States collectively valued at more than $300 million,” according to the release.

If found guilty, Leszczynski faces up to 30 years in federal prison, officials said.

He would also be forced to “forfeit $337,000, which represents the proceeds of the offenses, and property involved in the offenses,” officials said.