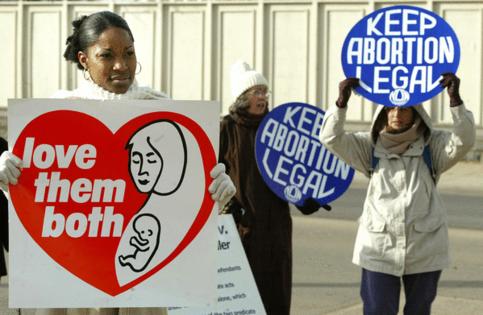 Life is the single most precious gift given to us by our Creator. It was no accident that Thomas Jefferson listed it ahead of “liberty and the pursuit of happiness” in the Declaration of Independence. It’s so foundational that it precedes all other rights. And for that very reason, every institution of government has a sacred duty to protect it.

That’s why the Supreme Court’s infamous decision in the 1973 Roe v. Wade decision represented such a shameful rupture with our past. If the leaked majority opinion in Dobbs v. Jackson Women’s Health Organization holds, the court will have reversed decades of willful dereliction of its duty — and saved millions of innocent lives in the process.

Our Constitution, far from enshrining some mythical right to abortion, celebrates and protects life. And it provides a way for every citizen of this country, born and unborn, to experience the blessings of life. I pray that this decision is the first step in reinvigorating a culture of life in our nation.

Now is the time for state legislators to act, not wait for Congress to get its act together. State capitals will be the front lines in the months to come as pro-life leaders pursue legislative options for saving the unborn.

Not that federal lawmakers should be idle. Congress should act now to save as many lives as possible. Life begins at conception, and our laws should reflect this reality.

Our work must also extend beyond the womb. We will embrace the mothers and fathers who find themselves considering abortion and are struggling with what to do. Revitalizing the culture of life means we have a duty not just to protect the unborn, but to strengthen families, provide help to those in need and show grace to all.

I am saddened that so many on the left do not share this view of our humanity, and instead are resorting to tactics of intimidation, coercion and destruction. More and more, it seems, whenever they’re faced with outcomes they dislike, their knee-jerk reaction is to attack our institutions and demand that the rules be changed in their favor — particularly when it comes to the courts.

This leak is an egregious attempt by the left to threaten and intimidate the justices into backing down. It should serve as a reminder that pro-abortion extremists and the radical left will stop at nothing to advance their political agenda, even if it means destroying institutions. There is little they won’t stoop to, even if it means breaking the law, exerting political pressure on the judicial system, and even putting the Supreme Court justices’ lives at risk.

This leak is absolutely disgraceful, and is a clear attempt to further undermine the integrity of the Supreme Court and pave the way for the left to eliminate the filibuster, pack the courts, and preserve abortion-on-demand as the law of the land. The Supreme Court should finalize its decision immediately and issue its ruling. There’s no time to waste. We must fight tirelessly until we become a fully pro-life nation.

Kevin Roberts is the president of The Heritage Foundation (heritage.org).