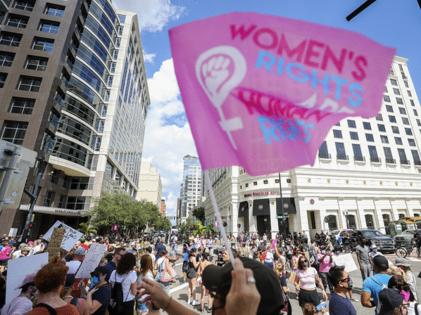 After last week’s oral arguments, many predict the U.S. Supreme Court is preparing to diminish — or even strike down — the landmark 1973 abortion case Roe v. Wade. If that happens, they say, it will signal the beginning of the end of reproductive freedom in the United States.

That’s not really accurate. If Roe v. Wade falls, the impact will be far less certain — and the implications for all Americans far greater in scope. In Florida, it could prompt lawmakers to strike a fatal blow at rights most Floridians take for granted, ones that extend into every facet of their personal lives. Lawmakers must decide whether action on one very divisive issue is worth tearing down walls that keep government from meddling in the private affairs of its citizens.

In deciding Roe v. Wade, the court essentially crafted a constitutional right to privacy from the Due Process clause of the 14th Amendment, with backup from the 9th Amendment. It wasn’t an absolute right, nor was it particularly well-defined — and Roe v. Wade has mostly been used as precedent in other reproductive cases since then. Still, it constituted a bright line that could protect Americans against government intrusion in other decisions — including issues like childrearing, vaccination, education and other often-disputed rights.

If that precedent is wiped out, the decision devolves to states, with abortion rights varying wildly across the nation. Legal scholars say abortion rights are likely to vanish in at least 22 states, some of which already have onerous restrictions or outright bans on the books.

Florida is not among those states, and here’s why: The Florida Constitution, unlike the federal document, has an explicit protection for privacy rights. Article 1, Section 23 is titled “Right to privacy” and simply declares: “Every natural person has the right to be let alone and free from governmental intrusion into the person’s private life except as otherwise provided herein.”

Doesn’t that sound like something Floridians would want to preserve?

State leaders can be under no illusion that the privacy right extends to abortion — in fact, it should be obvious on its face. But Florida’s high court has also weighed in on the issue, and its voice was far more decisive than the ruling in Roe v. Wade.

The year was 1989, and the court was ruling in the case of a 15-year-old Lake County girl, known only as T.W. Florida lawmakers had recently passed a law requiring parental consent for minors seeking abortions. But T.W. knew her mother — who was dying of breast cancer — would be devastated to learn that her daughter was pregnant. So T.W. exercised the only option she had under the law: She went to the courthouse and asked a judge to let her terminate her pregnancy. The resulting case ripped through the judicial system like wildfire, culminating in a ruling from the Florida Supreme Court that was a slam-dunk. Florida’s right to privacy is far more comprehensive and concrete than the one established under Roe v. Wade, the court said — and it certainly applies to pregnancy and abortion. “We can conceive of few more personal or private decisions,” the court wrote.

The 1989 decision makes it clear. To make abortion illegal in Florida, the Legislature and courts will have to gut the privacy provision. That carries implications for every Floridian, including those who will never become pregnant.

Lawmakers could be gearing up to take a run at it anyway — through a bill filed by state Rep. Webster Barnaby, R-Deltona. The bill spells out a near-total ban on abortion after the 6th or 7th week of pregnancy, with a clown-car twist: Enforcement would be up to private citizens, who could sue abortion providers under circumstances that would hamstring doctors from effectively defending themselves. The goal is obvious: Encourage vigilantes to scare doctors away from performing abortions with the threat of ruinous litigation, while avoiding a direct collision with the T.W. ruling. We don’t think the legislation successfully evades the privacy protection. There’s little difference between the government violating Floridians’ privacy, or the government holding doctors down while someone else takes the punch.

Either way, however, lawmakers will have gouged a gaping hole in Floridians’ right to be left alone, to make their own decisions about their private affairs, to resist government intrusion. That is a very high price to pay, and one lawmakers should not squander on an issue that is already largely settled in the minds of most people.

Editorials are the opinion of the Orlando Sentinel Editorial Board and are written by one of our members or a designee. The editorial board consists of Opinion Editor Krys Fluker, Jennifer A. Marcial Ocasio, Jay Reddick and Editor-in-Chief Julie Anderson. Send emails to insight@orlandosentinel.com .