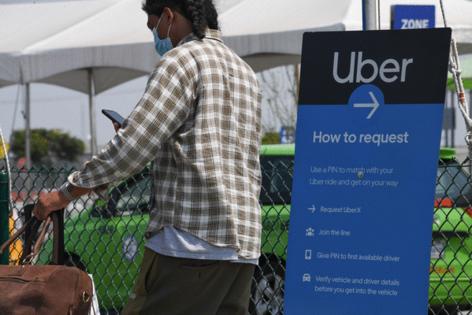 One example of many: Uber and some other global companies recently spent $200 million pushing a ballot measure to rewrite California law in their favor. Now they are taking that big-money playbook to force favorable laws across the nation.

A day after its win in California, the value of Uber stock went up 14%. With a market value of $75 billion, that win was worth $10.5 billion to Uber’s shareholders. And who are Uber’s shareholders? Foreign governments and foreign corporations are in the driver’s seat.

The largest shareholder by far is Softbank Group’s Vision fund, a $100 billion investment vehicle created by the Japanese conglomerate with funding from foreign governments.

The second-largest Uber shareholder is the government of Saudi Arabia, through the sovereign investment fund that it plans to expand to $1 trillion by 2025. Next is Morgan Stanley, a multinational giant that calls itself “a true global citizen” while it celebrates the “broken down” regulatory barriers to global money flow.

Ownership means control: All of these big foreign shareholders are represented on Uber’s board of directors. If they can put $200 million into one campaign and come out with a $10.5 billion gain overnight, how high will they go? Where does it stop?

A century ago, the big idea of the ballot measure was to check the influence of the “great and powerful corporations.” The ballot measure idea sought to ensure “that this government shall be brought back to the real control of the people.” Twenty-six states adopted the reform.

Now, the “citizen initiative” has become the “foreign corporation initiative.” In 2021, global corporations, including some owned by foreign governments, spent $89 million on a state ballot measure that sought to stop an international energy corridor through Maine. A few years ago, global pharmaceutical companies spent nearly $60 million to stop an Ohio drug price reduction measure.

Meanwhile, the Federal Election Commission, meant to enforce what’s left of our broken-down anti-corruption rules, awoke from its slumbers recently to announce that it can do nothing about foreign money in state ballot measures.