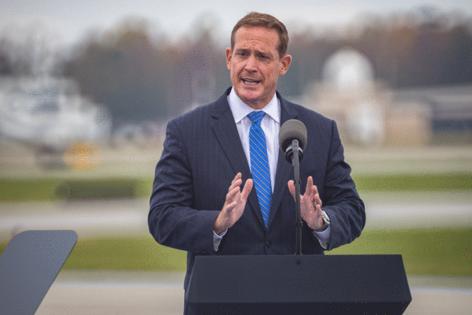 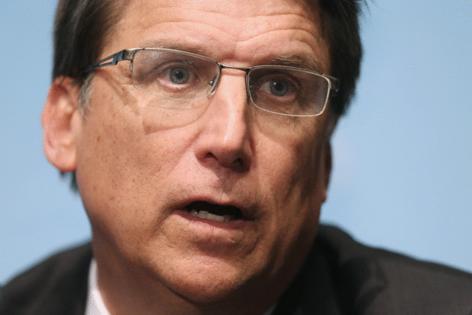 WASHINGTON — An influential conservative organization that has been spending millions of dollars on ads telling Republicans who former President Donald Trump is backing in the North Carolina Senate race says its strategy is paying off.

Club for Growth has been working to siphon off support from leading Republican candidate Pat McCrory and redirect it to Trump-endorsed GOP Rep. Ted Budd.

Trump’s endorsement in the open U.S. Senate seat was not as potent as it could be, Club for Growth President David McIntosh said in an interview, until the organization’s political arm started running ads in recent months touting his support for Budd.

“A lot of the Republican primary voters were still not aware that the president had endorsed him, and it matters to them,” McIntosh said. “The polls show that they care who he’s endorsed.”

If the economic-focused organization succeeds at leveraging the former president’s support into a victory for Budd in the North Carolina Republican primary, it says it could apply the strategy to Senate contests across the country in 2022.

McIntosh said the organization is already planning to use a similar tactic in the Alabama Senate race, where Club for Growth and Trump are both backing Rep. Mo Brooks in the Republican primary.

Club for Growth says it has private polling showing Republican voters are more likely to support candidates because Trump has endorsed them.

While the organization did not share any of that polling with McClatchy, McIntosh said it’s a standard question the group asks, and that typically, 20 to 25% of Republican voters indicate that they favor candidates that have Trump’s endorsement.

In a poll taken in mid-October by Public Opinion Strategies for McCrory’s campaign, 32% of likely Republican primary voters did say they would be more likely to support Budd knowing that he had Trump’s endorsement compared to the 14% who said it would make them less likely to choose him.