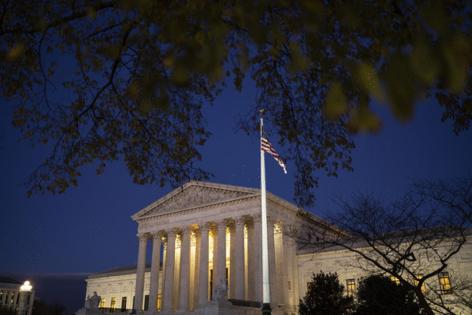 Lawyers for Mississippi will defend a law that bans abortions after 15 weeks, and they will urge the court to go further and overrule the right to abortion set in 1973.

The nine justices and the attorneys will gather in a nearly empty courtroom, but the audio will be livestreamed on the court's website beginning at 10 a.m. Eastern.

By midday the court will also post a transcript of the arguments in the case of Dobbs vs. Jackson Women's Health Organization.

Here's what to listen for during the argument:

Do justices focus on the 15-week limit or on the validity of Roe itself?

The biggest question is whether five conservative justices are ready to overturn the right to abortion now and boldly declare the Constitution offers no such protection to women.

Last year, when Mississippi filed its appeal petition, its lawyers asked the court to rule on whether the state could forbid abortions after 15 weeks. Even if upheld, this limit would not affect 95% of abortions.

But once the court voted to hear the appeal, the state changed course and called on the court to strike down Roe vs. Wade. Do any of the justices on the right sound troubled by the state's bait-and-switch tactics? Or do some take the opportunity to question whether the 1973 ruling should be overturned?

Does Justice Barrett ask about the role of precedent?