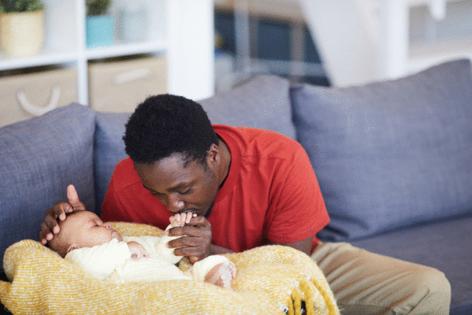 Nearly 90 years after the New Deal, nearly 60 years after the Great Society, 40 years after Ronald Reagan’s Republican revolution purported to put “family values” at the center of our politics, the world’s most prosperous nation still guarantees not a single measly paid day off work for mothers and fathers who welcome a new child into the world. It’s an abomination that Senate Democrats have a chance to remedy by including a paltry four weeks of parental leave in their version of the "Build Back Better" bill.

We wish the House had passed a more robust benefit, but it didn’t — which means that if Democrats can’t now manage to preserve even that whittled-down version of what ought to be a core benefit, they will justifiably risk losing a significant share of the moral high ground in Washington.

One hundred and eighty-six nations offer paid leave for new mothers. The U.S. is among six countries without, putting us in the unfortunate company of Suriname, Papua New Guinea and a few island nations in the Pacific. And the vast majority of the nations providing the benefit offer much more than four weeks’ time off, a recognition that essentially all the rest of our fellow humans recognize that giving parents work-free days to bond with their newborn (or newly adopted) little ones is irreplaceable.

Beyond the obvious humanity of the policy, beyond the proven fact that paid time off gets fathers far more involved in their children’s lives — an objective both parties claim to care about — there’s ample evidence that paid family leave is good economics. As New York state has shown, government can craft a paid-leave program without hampering business competitiveness.

But honestly, shame on us as a nation if we need to resort to utilitarian arguments on something this foundational to families. Democrats have an opportunity and an obligation to deliver U.S. workers a 20th-century benefit that’s still in 21st-century America. This is about striking a blow for decency. They must not fail.