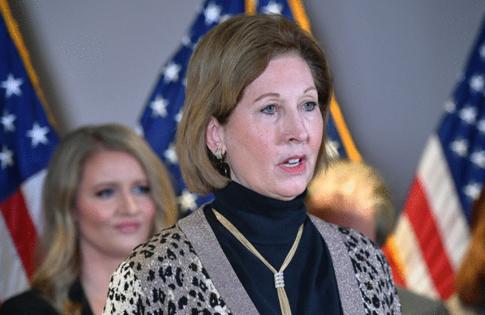 A judge has ordered that two lawyers who filed a lawsuit advancing former President Donald Trump’s false claims of mass voter fraud must pay almost $187,000 in legal fees to the defendants. This is an appropriate sanction for abuse of the legal system in service to a toxic lie. Other lawyers who promoted this attempted coup against democracy should face similar consequences.

Trump’s bluster at the microphones since the election may sound like his usual bombastic nonsense, not to be taken seriously. But behind the scenes, numerous lawyers — licensed professionals and sworn officers of the court — were repeating the nonsense before judges around the country. In the months after Nov. 3, Trump’s campaign and its allies filed more than 40 civil actions challenging the election results in various ways and, in many cases, slandering election officials, poll workers or contracting companies with allegations that weren’t merely false but, often, patently ridiculous.

Not one of those lawsuits was successful, for the simple reason that they were all based entirely on spurious conspiracy theories that any sentient adult could see were intended not to get at the facts, but to obfuscate them. That is the very definition of frivolous litigation, for which lawyers have always faced (and should face) the potential of sanctions and fines.

Two of those lawyers, Gary D. Fielder and Ernest John Walker, filed a class-action suit in Colorado in December alleging a complicated plot to steal the election from Trump, naming as defendants Facebook, its founder Mark Zuckerberg, the voting machine vendor Dominion Voting Systems, state officials in Michigan and Pennsylvania and others.

If Dominion Voting Systems sounds familiar, it’s because two of Trump’s most prominent campaign lawyers, Rudy Giuliani and Sidney Powell, claimed the company was part of a vast conspiracy involving the late Venezuelan dictator Hugo Chavez, and that its election machines “injected votes” to help Biden win. As Powell’s own attorneys later argued in defense against Dominion’s massive defamation suit against her, “reasonable people would not accept such statements as fact.” Yet Trump’s lawyers marched into one courtroom after another to foist these and other fantasies on the court and the public.

Magistrate Judge N. Reid Neureiter, for one, has had enough. The Denver-based federal judge recently issued a blistering order that Fielder and Walker must pay the six-figure legal fees of Dominion, Facebook and their other targets. “As officers of the Court,” Neureiter wrote, “these attorneys have a higher duty and calling that requires meaningful investigation before prematurely repeating in court pleadings unverified and uninvestigated defamatory rumors that strike at the heart of our democratic system and were used by others to foment a violent insurrection that threatened our system of government.”

Those words — and fines — should be directed as well at every other lawyer who disgraced the profession and slandered democracy for Trump.