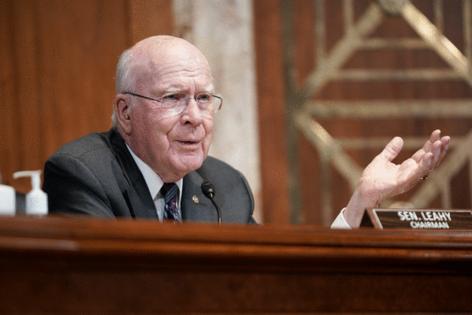 WASHINGTON — Democrats and Republicans on Monday haggled over details of a stopgap spending bill that appears likely to run into late January at a minimum, with Republicans still trying to extend the duration into February or March.

Sources said House Appropriations Chair Rosa DeLauro, D-Conn., wants to file the temporary spending bill Tuesday with a goal of passing it Wednesday in the House. That would presumably give the Senate enough time to clear it for President Joe Biden’s signature before the current stopgap funding law expires Friday.

Extending the continuing resolution into late January would represent a compromise between DeLauro, who previously was pushing for a shorter two-week resolution, and senators from both parties who argued more time would be needed to wrap up work on fiscal 2022 appropriations bills.

Negotiations were ongoing, however, with Republicans arguing for more time. “We believe as much time as possible is needed to provide additional opportunity for a resolution on FY22 bills, particularly if Democrats continue to insist on their poison pills,” a Senate GOP aide said, referring to a dispute over policy riders that has held up a deal on full-year bills.

The stopgap measure is expected to contain minimal tweaks to current spending levels, or “anomalies,” according to sources. Anomalies are provisions that allow federal agencies to alter their spending levels and start projects they wouldn’t otherwise be allowed to under continuing resolutions, alleviating some of the frustration with what’s supposed to be a fallback measure.

Before Thanksgiving, DeLauro said she didn’t want any anomalies in the bill, as a means of keeping the pressure on lawmakers to compromise and finish the full-year bills. The Office of Management and Budget sent lawmakers a list of anomalies earlier this month that would be needed under a February stopgap bill, according to a person familiar with the talks.

Hanging over the talks is the possibility of a full-year resolution, which would generally continue spending at fiscal 2021 levels, if the House and Senate can’t reach agreement.

A full-year stopgap for all 12 appropriations bills would be unprecedented in modern budget history but would preserve anti-abortion language and other policies that were agreed to when Donald Trump was president.

The impact on the Defense Department, which has always had a regular appropriations bill enacted in modern times, would be particularly pronounced. For instance, Democrats point out that in order to meet the 2.7 percent pay raise for troops set to take effect Jan. 1, the rest of the Pentagon budget would need to be cut.

“The impacts of a full-year CR are too onerous for the country to bear. This is unquestionably true for those who claim to care about defense programs and national security,” Senate Appropriations Chairman Patrick J. Leahy, D-Vt., said in a Nov. 4 floor speech. “This fact alone should bring all parties to the negotiating table.”