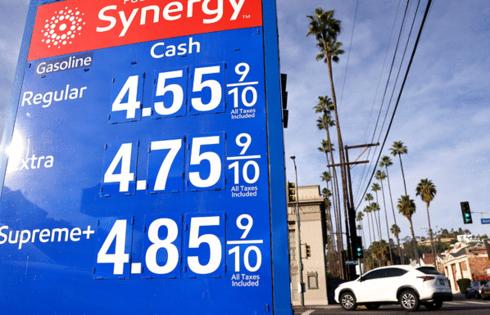 President Joe Biden last Tuesday ordered the release of 50 million barrels from the 605 million-barrel oil reserve with the expressed goal of checking steadily rising gasoline and heating fuel prices. It's the first time an emergency release of the reserve has been used to control prices absent a disruption in oil production caused by natural disasters or foreign conflicts.

Releasing the reserves is a purely political move by Biden. While supplies are tight, there have been no shortages of gasoline or fuel oil.

But high prices at the pump and spiking home heating bills have helped drop Biden's approval rating to record lows.

The release comes after Russia and the OPEC oil-producing nations rebuffed the president's pleas to boost their production to meet the demands of a recovering economy. China, North Korea and other nations are making simultaneous releases of their reserves.

The U.S. release amounts to 4 1/2 days of domestic oil production. Prices dropped on anticipation of the release, but any future relief is uncertain.

It can take months to move petroleum out of the reserve, which is contained in salt caves along the Gulf Coast.

And if OPEC decides to tighten its exports in response when it meets in the coming days, the actual effect may be higher prices.

Meanwhile, demand for petroleum is expected to continue to increase, while domestic oil production is not keeping pace.

Ramping up production at home is troublesome for Biden, since it runs contrary to his goal of weaning the nation off fossil fuels. He has halted construction of the Keystone XL pipeline that would have carried oil from Canada to the U.S., and has placed wide swaths of federal land and coastal waters off-limits for oil and gas exploration and drilling,

Energy Secretary Jennifer Granholm struggled to explain the contradiction when asked about it.

"What we want to do with today's action is to bridge the gap between the high prices today — try to reduce it as much as we can within our power by increasing the supply that we have access to as we move through — and the market then corrects itself and hopefully increases supply from the private sector," the former Michigan governor told reporters.

"Short term, we have to do everything in our power and that's why we have the Strategic Petroleum Reserve, but he also feels very strongly that long term, the strategy really is to go clean."

Consumers this fall are getting a taste of what going clean will look like. The more Biden restricts oil and gas production, the higher prices will go. And while he can temporarily shield Americans from the impact with gimmicks such as releasing the strategic reserves, the reality is that his overall approach to energy will continue to push up costs.