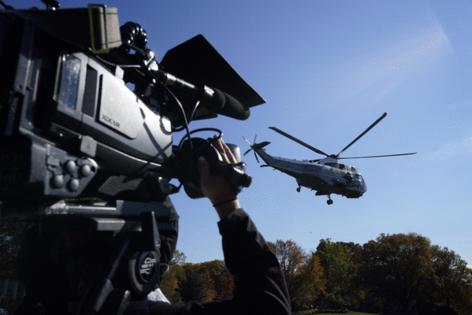 The White House announced Friday that Biden will make a trip to Rosemount. Biden has already made stops in other parts of the United States to tout the infrastructure law as Democrats try to maintain their control of Congress in next year's midterm elections.

The visit comes at a trying time during the first year of the Democrat's presidency, with the economy and the coronavirus pandemic continuing to be major issues.

Five of Minnesota's six Democratic members of Congress voted for the package. None of Minnesota's four House Republicans voted to pass the legislation earlier this month.

Biden won Minnesota by around 7 percentage points in the 2020 presidential election. But a September poll sponsored by the Star Tribune, MPR News, KARE 11 and FRONTLINE found voters in the state were divided on Biden's job performance. The margin of sampling error for the poll was plus or minus 3.5 percentage points. The results showed that 51% disapproved of Biden's work as president, while 47% approved and 2% were not sure.