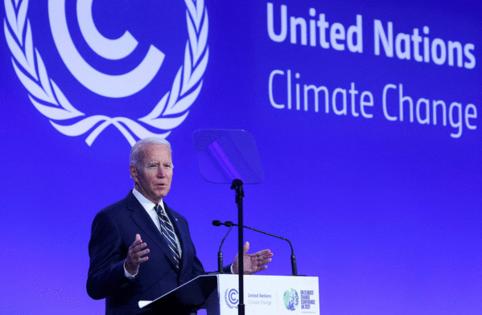 The Biden administration on Friday issued a long-awaited blueprint for overhauling oil and gas development on federal lands that includes boosting royalty rates despite high gasoline prices that have spurred demands to accelerate domestic production.

The Interior Department report recommends higher fees and more limits on federal oil and gas leasing to better account for climate change and ensure a higher return to taxpayers. The analysis represents the the culmination of a comprehensive review that President Joe Biden ordered in January.

The Interior Department said its 18-page blueprint could modernize oil and gas leasing programs “to better restore balance and transparency to public land and ocean management and deliver a fair and equitable return to American taxpayers.” The current program “falls short of serving the public interest” and “shortchanges taxpayers,” the report said.

Among the changes recommended are boosting annual lease rental payments and raising the royalties that energy companies pay for the oil and gas they extract. The agency also recommended new restrictions on what lands are made available for oil and gas development, a big shift from the current practice in which most federal lands are open.

The assessment is being delivered against the backdrop of higher gasoline prices that have provoked concern at the White House and spurred calls for the Biden administration to go in the opposite direction, accelerating domestic oil and gas production. After OPEC+ nations rebuffed the administration’s call to ramp up oil production, Biden on Tuesday moved to release 50 million barrels of crude from U.S. emergency stockpiles.

The report, which has spent months under review at the White House, was cast as a “reform agenda” for federal leasing. It telegraphs a slew of changes the Bureau of Land Management will pursue administratively. Other policy pivots would require action from Congress and dovetail with provisions of the just-passed House tax-and-spending bill.

If fully enacted, the recommended changes would winnow the land available for oil and gas development while raising the costs of that activity even where new leases are sold.

The agency halted the sale of new leases while conducting its review, under a directive Biden issued Jan. 27. After a federal district judge ruled the moratorium unlawful in June, the agency moved to resume leasing, beginning with the sale of drilling rights in the Gulf of Mexico last week.