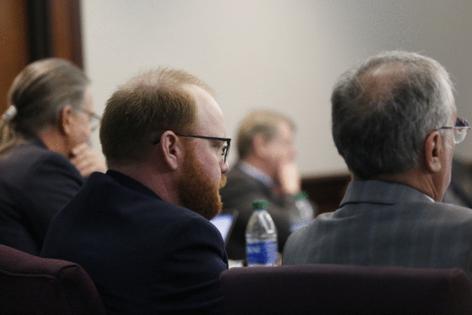 President Joe Biden hailed the guilty verdicts in the killing of Ahmaud Arbery on Wednesday afternoon but said the murder shows how far America has to go to achieve racial justice for all.

“The verdict ensures that those who committed this horrible crime will be punished,” Biden said.

Still, Biden said the killing itself, which came after the three men chased down Arbery, is a grim indictment of American society.

“We must recommit ourselves to building a future of unity and shared strength, where no one fears violence because of the color of their skin,” the president said.

On the eve of Thanksgiving, Biden reminded Americans that the killers robbed Arbery’s family of spending the holiday with their promising young son and noted that “nothing can bring Mr. Arbery back to his family and to his community.”

He called for Arbery’s legacy to be one of progress toward justice for all Americans in a country still bitterly divided along racial lines.

“Arbery’s killing — witnessed by the world on video — is a devastating reminder of how far we have to go in the fight for racial justice in this country,” Biden said from Nantucket, Massachusetts, where he is spending the long holiday weekend.

Travis McMichael and his father, Greg McMichael, were convicted of killing Arbery, along with neighbor William "Roddie" Bryan.

The trio claimed they were seeking to detain Arbery over a string of thefts in the area, even though there was no evidence he had anything to do with them. Travis McMichael claimed he fired in self-defense when a cornered Arbery ran toward him.

But prosecutors said the men had no right to stop Arbery, let alone kill him. The jury of nine women and three men, which included just one Black man, agreed and quickly moved to convict all three on almost all the main charges.

“Equal justice under law (must not become) just a phrase emblazoned in stone above the Supreme Court, but a reality for all Americans,” the president said.

Kyle Rittenhouse, who was acquitted on charges stemming from killing two men and wounding another in Kenosha, Wisconsin, journeyed to Palm Beach, Florida, to meet with former President Donald Trump, who called the ...Read More