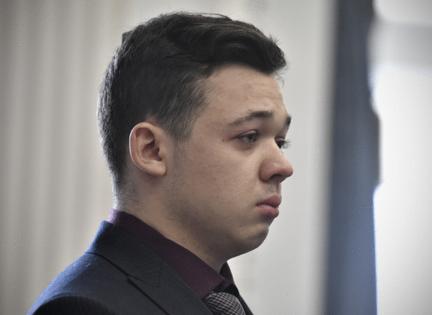 Kyle Rittenhouse, who was acquitted on charges stemming from killing two men and wounding another in Kenosha, Wisconsin, journeyed to Palm Beach, Florida, to meet with former President Donald Trump, who called the acquitted teenager a “big fan.”

“He wanted to know if he could come over and say hello because he was a fan,” Trump said in an appearance late Tuesday on Fox News. “(He’s) really a nice young man and what he went through. .. That was prosecutorial misconduct.”

The former president and Rittenhouse, 18, flashed twin thumbs-up signs in a photo widely circulated on social media on Tuesday night.

“He should not have had to suffer through a trial for that. He was going to be dead....Kyle would have been dead,” Trump told host Sean Hannity. “He’s a really good young guy.”

The sit-down with the de facto leader of the Republican Party came just a day after Rittenhouse appeared on Tucker Carlson’s show. The right-wing host asserted the gunman is a normal teen who is “not particularly political.”

Rittenhouse is being lionized by Trump’s MAGA supporters and gun rights advocates who say he had every right to open fire on protesters because he feared for his own life during the chaotic protest.

Critics call him a trigger-happy teenager who had no business playing cop or paramedic on the streets of flashpoint Kenosha, which erupted in riots after the police shooting of a Black motorist, Jacob Blake.

Legal analysts say Rittenhouse benefited from Wisconsin law’s expansive definition of self-defense. The judge in the case also made a series of bizarre decisions that benefited Rittenhouse, including barring prosecutors from calling the three men shot by the teenager “victims.”

The teenager told Carlson that his life is different from what he had planned and taking college prerequisites to become a nurse, but is now also thinking about studying law. He plans to move from the Midwest, but is not exactly sure where he will go.

“I’m going to go lay low and live my life and enjoy it,” he said.

WASHINGTON — As the U.S. braces for a busy holiday travel period, the Biden administration’s decision Tuesday to sell 50 million barrels from the Strategic Petroleum Reserve should lower gasoline prices in the short ...Read More