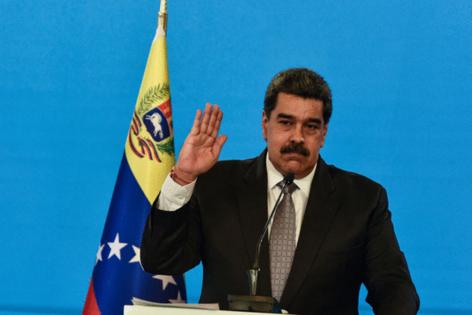 A Venezuelan regional election billed as a test of the floundering opposition and President Nicolas Maduro’s attempt to rebuild his international standing appeared to draw thin turnout Sunday, as voters worn out by years of political infighting and economic collapse opted to stay home.

As polls closed Sunday, participation at some Caracas polling places was as low as 30% as the country elected governors, mayors and thousands of municipal offices, according to polling place coordinators. Venezuela’s electoral authority didn’t inform national participation figures. The first official results were expected to be announced later Sunday.

“Was any mayor able to do anything during the past five years?” said Maria Santana, a 31-year-old Caracas resident who abstained. “As long as there are no conditions, no rule of law, it is all a sham.”

Muted turnout would be a setback for opposition parties that chose to run candidates after boycotting previous votes and for Maduro, who wanted to impress the first European Union electoral mission to visit the country since 2006. More than 60% of voters cast ballots in the last elections for governors in 2017.

More than 300 electoral observers from the European Union, Carter Center and the United Nations, among others, were monitoring the vote. Amid a seven-year recession, crippled oil industry and open International Criminal Court investigation, the government wants monitors to deem the elections as legitimate to help it restore relations with the foreign governments that cut ties, in part, because previous votes were deemed fraudulent.

Isabel Santos, chief of the EU’s delegations, said midday Sunday the vote had been evolving peacefully and minor irregularities were addressed. The EU canceled a press conference scheduled for the afternoon. It’s set to release a preliminary report on Tuesday.

At least one violent event was reported, in Zulia state, where one person was killed and two others were injured in a shooting outside a polling center. The government said it was not related to the election. According to human rights group Foro Penal, at least 13 arrests were made throughout the day.

After casting his vote, Maduro, dressed in red and flanked by his family, dashed any hopes of the elections immediately leading to the resumption of talks with the opposition in Mexico City. The government pulled out of the negotiations last month after the U.S. extradited Maduro’s ally, Alex Saab, to face money laundering charges. He has pleaded not guilty.

“There are no conditions to resume talks yet,” Maduro said on state TV, insisting the U.S. needed to first free Saab.