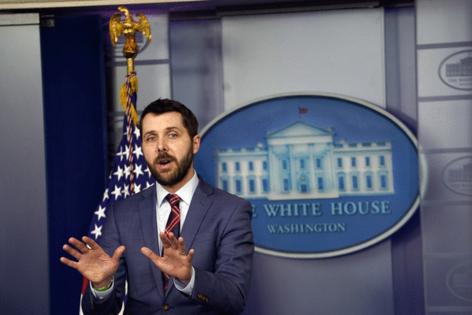 The roughly $2 trillion bill narrowly passed in the House of Representatives, but Democrats will need to mount a full-court press to get it through the evenly divided Senate.

“It won’t increase inflation because it’s paid for,” Deese told “Fox News Sunday.” “What it will do is it will lower costs.

“This bill is going to be the biggest cost-cutting bill for working-class American families in decades in this country, and it’s going to go at costs that are persistent problems for the American people in their lives,” he said.

Deese cited the $165 billion in proposed spending aimed at lowering premiums for Americans who get health insurance coverage through the Affordable Care Act, also known as Obamacare. The funds also would expand Medicare benefits to include coverage for hearing aids and to implement drug price controls.

Deese also noted its $150 billion earmarked for affordable housing and measures to help families, including universal preschool for 3- and 4-year-olds and child care subsidies.

“It will get millions of Americans to work by actually addressing the costs that keep them from going to the workplace,” Deese said.

At a Sunday news conference in New York, Senate Majority Leader Chuck Schumer zeroed in on drug price controls, saying the bill would lower the cost of insulin manifold.

The New York Democrat urged the GOP “to not attempt to kill this provision,” which he said would decrease the cost of insulin to $35 per dose from the current sky-high price range of $300 to $600.