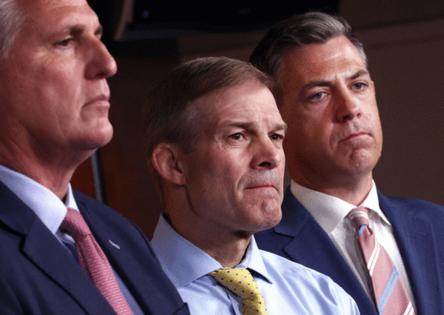 WASHINGTON — It’s no secret that Kevin McCarthy wants to be the next speaker of the House. The Republican leader made that clear Thursday night and into Friday morning in the most literal way possible: by speaking — longer than any member of the chamber ever has.

McCarthy, R-Calif., commanded the floor for 8 hours and 32 minutes, breaking Speaker Nancy Pelosi’s February 2018 record of 8 hours and 7 minutes, while stalling passage of a $1.7-trillion social spending bill that congressional Democrats intend to pass without any bipartisan support.

“Last night, Speaker Pelosi attempted to jam through the most expensive bill in our country’s history for a vote,” McCarthy said in a statement to the TLos Angeles Times on Friday. “This was wrong. Our country needed to hear a real debate. I did the best I could, for as long as I could, to explain to the American people how this bill would hurt our country in nearly every way imaginable. While we succeeded in delaying the vote for a day — we will continue to fight for our families, our community, and our country to stop this bill from becoming law.”

House Democrats scrapped plans to vote on the measure late Thursday night as McCarthy was still speaking but passed the bill Friday morning in a 220-213 vote. Republicans uniformly opposed the bill, and all but one Democrat, Rep. Jared Golden of Maine, supported it. It now heads to the Senate, where it’s expected to be revised into a policy that satisfies the concerns of centrist Sens. Joe Manchin III of West Virginia and Kyrsten Sinema of Arizona.

Reporters spotted several Republicans coming toward McCarthy on the floor Friday morning to shake his hand, and one of the most important Republicans also showed he took notice.

“Great job by Kevin McCarthy last night, setting a record by going over 8 hours of speaking on the House Floor in order to properly oppose Communism,” former President Donald Trump said in a statement. “We must never forget what the Democrats have done, at the highest level of evil. If (Senate Minority Leader) Mitch McConnell had fought, you would have a different Republican President right now.”

The “magic minute” House rule allows party leaders to speak for an unlimited amount of time during debate. House Republicans said that they had no idea McCarthy would speak nearly as long as he did but that they were in awe of how well he highlighted the flaws they see in the bill and showed the differences between the two parties.

“What he’s proving is that he’s got not only the chops to do the job, but he’s got the courage to actually get out there in front and lead,” Rep. Mike Garcia, R-Calif., said in an interview. “I think what the leader did last night was necessary and was glad to be there. I was there from the beginning until the very end.”